For all of our match predictions, pre-game poll and statistics for New York Red Bulls v Colorado Rapids, scroll down (inc. the best betting odds).

New York Red Bulls won’t want a repeat of their last result here after the 4-5 MLS loss in their previous game against Colorado Rapids.

The numbers tell their own story, and Colorado Rapids have been scored against in 5 of their last 6 games, seeing their opponents hit 11 goals in total. In defence, Colorado Rapids can certainly do much better. That pattern won’t necessarily be carried forward into this match, however.

Checking out their prior head to head duels stretching back to 15/03/2014, there has been little between the sides with New York Red Bulls winning 2 of those games, Colorado Rapids 2 and 2 being drawn after 90 minutes of play.

A combined sum of 13 goals were scored between them in this period, with 6 from Red Bulls and 7 coming from Rapids. The average number of goals per game works out to 2.17.

The last league clash between these clubs was MLS match day 34 on 31/08/2019 which finished with the scoreline of New York Red Bulls 0-2 Colorado Rapids.

That time, New York Red Bulls had 60% possession and 19 attempts on goal with 4 of them on target.

For their opponents, Colorado Rapids got 12 attempts at goal with 6 of them on target. Jonathan Lewis (14', 87') scored.

The referee was Rubiel Vazquez.

The New York Red Bulls manager Gerhard Struber doesn’t have any fitness worries at all coming into this clash owing to a fully injury-free squad available for selection.

For this match, we think that New York Red Bulls can and should have the majority of the possession and should be able to turn a few of their chances into goals.

At the same time, Colorado Rapids could well struggle getting on the scoresheet but we do fancy them getting the chances to score, too. 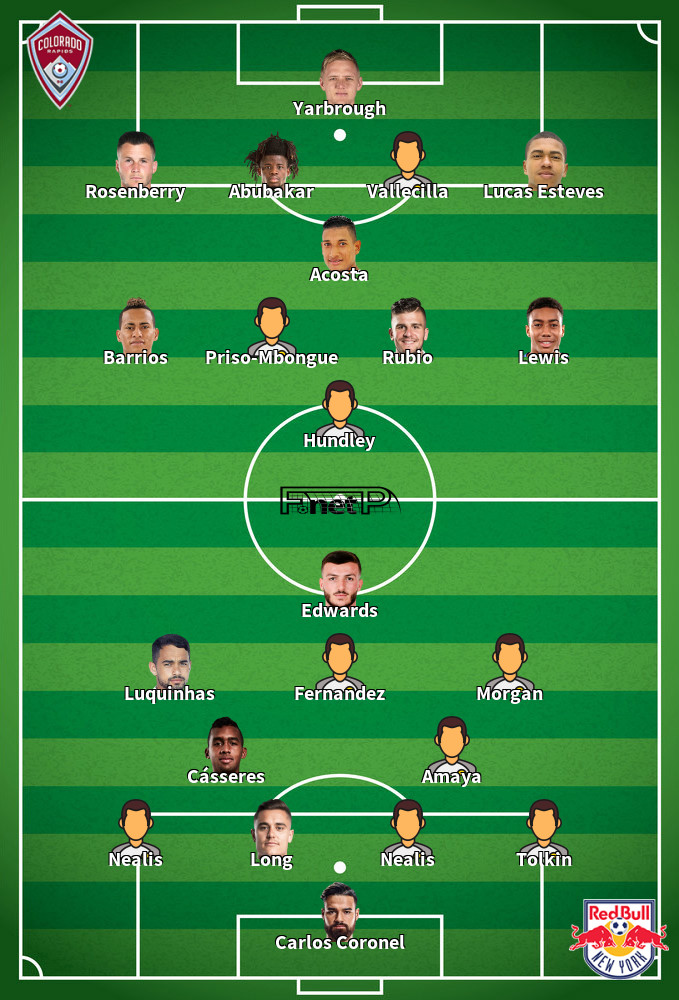 While we have made these predictions for New York Red Bulls v Colorado Rapids for this match preview with the best of intentions, no profits are guaranteed. Always gamble responsibly, and with what you can afford to lose. Good luck if you do place a bet today.