Return to this page a few days before the scheduled game when this expired prediction will be updated with our full preview and tips for the next match between these teams.
Full-Time Result Prediction
👉
Columbus Crew to Win

Columbus Crew will be hoping to return to winning ways here following the 1-2 MLS defeat last time out to Montreal Impact.

Caleb Porter's Columbus Crew have managed to score 9 times over their past six outings. Conversely, the number of goals that they have conceded in those same fixtures is 5.

Wilfried Nancy's Montreal Impact have found the back of the net a total of 6 times throughout their most recent six matches. The aggregate of goals that have been scored against them during the equivalent period equals 8.

A review of their most recent head-to-head clashes dating back to 06/10/2018 tells us that Columbus Crew have won 2 of these & Montreal Impact 3, with the tally of draws standing at 1.

In all, 13 goals were scored between them during those clashes, with 5 for The Crew and 8 for Impact. The average goals per game has been 2.17.

The last league contest between the two was MLS match day 35 on 25/09/2021 which ended up with the score at Columbus Crew 2-1 Montreal Impact.

In that match, Columbus Crew managed 42% possession and 10 attempts on goal with 6 on target. Their only player to score was Gyasi Zardes (44', 62').

On the other side, Montreal Impact got 11 attempts on goal with 4 on target. Romell Quioto (92') was the scorer.

There aren’t many selection issues, with just one fitness concern for the Columbus Crew boss Caleb Porter to be concerned with from of an almost fully healthy squad. Artur (Leg Injury) misses out.

Thanks to a completely injury-free squad available to select from, the Montreal Impact boss Wilfried Nancy has no fitness concerns at all ahead of this match.

We’re envisaging that Montreal Impact might need a bit of good fortune to see themselves scoring against this Columbus Crew lineup who should score & stay on top.

We’ve gone for a good battle with a 1-0 victory for Columbus Crew at the end of the match. 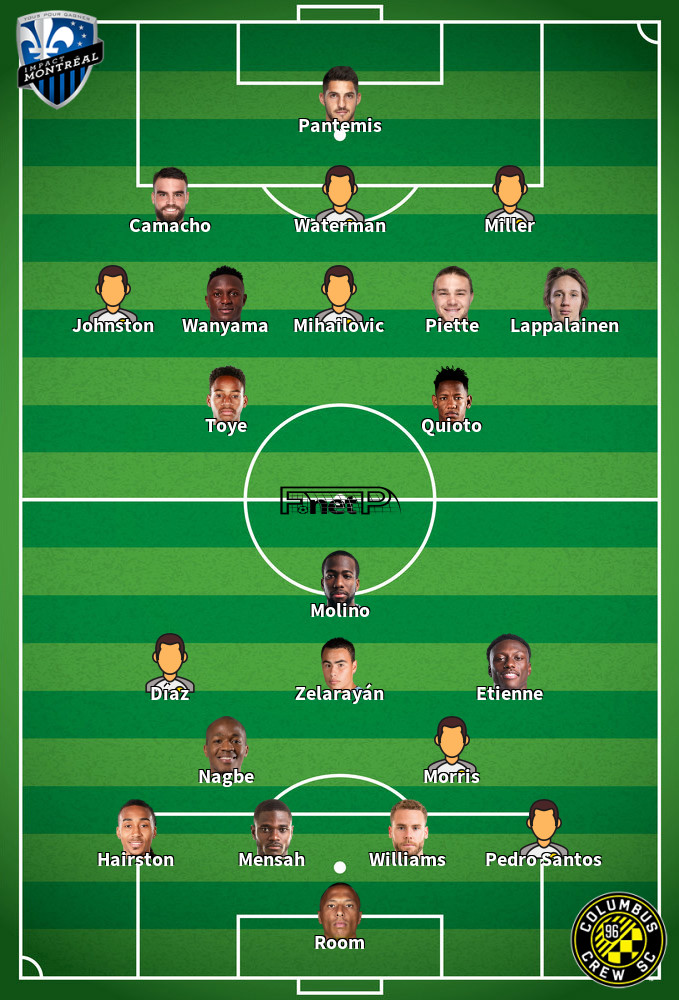 While we have made these predictions for Columbus Crew v Montreal Impact for this match preview with the best of intentions, no profits are guaranteed. Always gamble responsibly, and with what you can afford to lose. We wish you the best of luck.