Cremonese come up against away side Como at Stadio Giovanni Zini in the Serie B tie on Saturday.

Our full set of predictions, statistics and match poll for Cremonese v Como can be seen below - plus the latest match odds.

Cremonese are hoping to win again after their last result, the 1-4 Serie B triumph vs Ascoli.

It has been seldom in recent times where Cremonese have kept a clean sheet. It will be a concern for them that Cremonese have been scored against in 5 of their previous 6 matches, letting in 6 goals during that time. Historical results aside, we must now wait to see whether the trend might persist in this game or not.

In their last fixture, Como drew 1-1 in the Serie B match with Reggina.

In that game, Como managed 51% possession and 21 shots on goal with 3 on target. The only player on the scoresheet for Como was Alberto Cerri (55'). At the other end, Reggina had 23 shots at goal with 6 on target. Rigoberto Rivas (16') was the scorer for Reggina.

The stats don’t lie, and Como have been scored against in 5 of their last 6 matches, seeing opposing sides hit 8 goals in all. Defensively, Como have seen their frailties exposed.

The Cremonese boss Fabio Pecchia has zero fitness worries at all before this game thanks to a fully healthy squad available to select from.

Our feeling is that Como have it within them to breach the defence of this Cremonese team, however that probably won’t prevent them from conceding a couple at the other end.

We’re going for both teams to score in a 2-1 advantage for Cremonese at the end of this one. It will be interesting to see how this one goes. 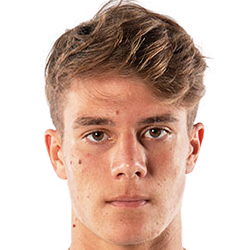 Mostly taking up the Central Attacking Midfielder position, Nicolò Fagioli was born in Piacenza, Italy. After having played his first senior match for Juventus in the 2020 - 2021 season, the talented Midfielder has contributed 3 league goals in this Serie B 2021 - 2022 campaign to date coming from a total of 15 appearances.

While we have made these predictions for Cremonese v Como for this match preview with the best of intentions, no profits are guaranteed. Always gamble responsibly, and with what you can afford to lose. Best of luck with your selections.