The Consadole Sapporo v Gamba Osaka live stream video is ready for broadcast on 25/06/2022. Soccer fans can watch this clash on a live streaming service if this match is included in the schedule provided above. Here we provide useful information for watching this J1 League match that includes the most recent team form, h2h meetings and our match tips.

To watch the match via alternative ways, search for tv schedules relating to your country. Such broadcasting contracts are generally granted on a per-competition/league or even individual match arrangement basis. For fixtures shown live on regional tv programmes, check the listings on channels including BT Sport, Amazon Prime Video, Sky Sports, Now TV, iTV, Canal+, Fox Soccer, ESPN relevant to your current location.

Where the abovementioned broadcaster does broadcast a Consadole Sapporo v Gamba Osaka soccer live streaming coverage, you can watch the game on your mobile (iPhone, Android including Huawei) and desktop as well as tablet (eg iPad, Huawei MatePad).

After the match finishes, we might also link to the match highlights from time to time. We are not responsible for transmitting any game video content linked to from here. All legal complaints must be directed to the hosters/owners of the content.

The J1 League match at Sapporo Dome on Sunday will see home side Consadole Sapporo lock horns with Gamba Osaka.

View all of the Consadole Sapporo v Gamba Osaka predictions, poll and stats below - as well as up-to-date odds.

Consadole Sapporo will be hoping for a better result following the 5-2 J1 League defeat in their last game at the hands of Kawasaki Frontale.

Fixtures featuring Consadole Sapporo have tended to be lively encounters recently with plenty of scoring being a real hallmark. Over their past six games alone, the sum of 27 goals have been recorded for both sides combined (at an average of 4.5 goals per game) with 7 of them coming from Consadole Sapporo.

Heading into this fixture, Consadole Sapporo have not been beaten in the league by Gamba Osaka in their previous 2 games.

Following on from being defeated in their last game at the hands of Yokohama F. Marinos in J1 League action, Gamba Osaka and their travelling fans will hope for a better result here.

Over the course of their previous half-dozen clashes, Gamba Osaka have bagged the sum of 7 goals. Gamba Osaka have also not failed to score in every single one of those games. During those fixtures, they have seen 10 goals scored by their opponents. With no two games being the same, it remains to be seen whether the trend shall be maintained in this match or not.

Leading up to this clash, Gamba Osaka:

Checking on their prior head to head clashes dating back to 04/10/2019 shows us that Consadole Sapporo have won 1 of these games & Gamba Osaka 4, with the number of drawn results being 1.

A sum of 17 goals were produced between them throughout the course of those matches, with 6 of them from Consa and 11 coming from Gamba Osaka. The average number of goals per game works out to 2.83.

The last league match between these sides was J1 League match day 11 on 04/05/2022 when it finished Gamba Osaka 0-0 Consadole Sapporo.

In that match, Gamba Osaka managed 47% possession and 10 shots on goal with 4 on target.

Consadole Sapporo got 25 shots on goal with 8 on target.

Gamba Osaka boss Tomohiro Katanosaka has to choose from a squad that has some fitness concerns. Jun Ichimori (Finger Injury), Yuya Fukuda (Acromioclavicular Separation), Takashi Usami (Achilles tendon rupture) and Yuki Yamamoto (Knee Injury) will miss out on this game. Kyung-won Kwon will not be able to play in this game through being suspended.

In this match, Gamba Osaka will have to play really well to get a goal against a Consadole Sapporo team who have all the attributes to do really well if they play to their full potential.

We predict a 3-0 winning scoreline for Consadole Sapporo at the end of the 90 minutes. 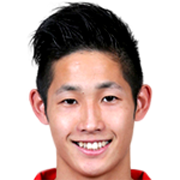 Mostly deployed in the Left Attacking Midfielder position, Ryota Aoki was born in Tokyo, Japan. Having made his senior debut playing for Nagoya Grampus in the 2014 season, the goalscoring Midfielder has bagged 2 league goals in this J1 League 2022 season to date in 16 appearances.

While we have made these predictions for Consadole Sapporo v Gamba Osaka for this match preview with the best of intentions, no profits are guaranteed. Always gamble responsibly, and with what you can afford to lose. We wish you the best of luck.

⚽️ Where can I see the predictions for other J1 League games?

You can see all of the next (and previous) J1 League predictions & previews here.