All of our predictions, stats and the user poll for Consadole Sapporo v Urawa Red Diamonds are shown below including the latest game odds.

Consadole Sapporo will be looking for an improved result here following the 2-0 J1 League defeat last time out to Cerezo Osaka.

It’s not been often in recent times that Consadole Sapporo have kept a clean sheet. It will be a concern for them that Consa have failed to prevent opponents from scoring in 5 of their previous 6 games, letting in 15 goals during that time. Let’s find out whether or not that trend will be continued on in this game.

Analysis of their past results shows that Consadole Sapporo:

Looking at their form, and Urawa Red Diamonds have been scored against in 5 of their last 6 matches, seeing opposing sides hit 9 goals in all. Defensively, Reds can certainly do much better.

Going into this contest, Urawa Red Diamonds remain undefeated by Consadole Sapporo when they've played them away from home in the last 2 league games.

If we look at their past head to head meetings stretching back to 22/04/2017, there has been little to separate the clubs with Consadole Sapporo winning 2 of those games, Urawa Red Diamonds 2 and 2 being drawn in normal time.

14 goals were yielded between them in this period, with 8 from Consa and 6 netted by Reds. That’s an average goals per game of 2.33.

The referee was Hiroyoshi Takayama.

There aren’t many selection issues, with just one fitness concern for the Consadole Sapporo boss Mihailo Petrović to be concerned about thanks to an almost full-strength set of players. Chanathip Songkrasin (Adductor problems) won’t play.

Thanks to a completely healthy group available to select from, Urawa Red Diamonds boss Tsuyoshi Ōtsuki does not have any fitness concerns whatsoever ahead of this clash.

Let’s see how this one goes, but it looks this could be a game with minimal goal-scoring opportunities. That’s why we have predicted a hard-fought 0-0 scoreline when all is said and done. 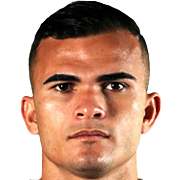 Customarily played in the Right Attacking Midfielder position, Lucas Fernandes was born in Uniao dos Palmares, Brazil. After having made a senior debut playing for Atletico PR in the 2016 season, the goalscoring Midfielder has struck 2 league goals in this J1 League 2020 campaign so far in a total of 13 appearances.

While we have made these predictions for Consadole Sapporo v Urawa Red Diamonds for this match preview with the best of intentions, no profits are guaranteed. Always gamble responsibly, and with what you can afford to lose. Good luck if you do place a bet today.