The Serie A fixture at Estádio José Pinheiro Borda on Saturday will see home side Internacional ready themselves for the challenge from opponents Coritiba.

To see all of our predictions, user poll & stats for Internacional v Coritiba, scroll down (inc. the best betting odds).

Internacional will be hoping to bounce back here following the 2-3 Serie A defeat in their last game at the hands of Botafogo.

Internacional have been on a persistent run of goalscoring form, hitting the target in one hundred percent of their last 6 games.

They have claimed a sum of 11 during that time while also conceding a total of 7.

Ahead of this clash, Internacional have not lost a league tie with Coritiba in their last 10 games. Quite a long unbeaten run against them.

Following on from suffering a loss in their previous game against Atletico PR in Serie A competition, Coritiba will be hoping to turn things around here.

Over the course of 5 of the prior six games involving Coritiba, a relatively low number of goals have been scored between them and opposing teams. The overall average goals scored per game during that period is a mere 2.33, with the average goals for Coxa equalling 0.83. Regardless, we must now wait to see if such a trend might continue on in this next game or not.

Looking at their past form shows that Coritiba:

A quick look at past results between these clubs stretching back to 07/06/2015 tells us that these encounters have been a source of anguish for Coritiba. They’ve not managed to get themselves any victories at all whereas Internacional have maintained the edge over them, running out winners in 67 per cent of those ties.

A combined total of 11 goals were scored between them throughout the course of those matches, with 8 for Colorado and 3 netted by Coxa. That’s an average goals per game figure of 1.83.

The last league game featuring these sides was Serie A match day 20 on 08/11/2020 when the final score was Internacional 2-2 Coritiba.

On that occasion, Internacional managed 59% possession and 12 attempts on goal with 4 of them on target. The goalscorers were Yuri Alberto (33') and Nonato (59').

The Internacional boss Mano Menezes has no fitness worries whatsoever before this clash thanks to a completely injury-free group available for selection.

Due to a mostly available squad, there’s only the lone fitness issue for the Coritiba manager Gustavo Morínigo to be concerned with. Neílton (Arthroscopie) won’t be in action.

For this match, we think that Internacional certainly have the ability to get a couple of goals in this one when they line up against Coritiba, who could well find it tough to break down their defence.

Therefore, we are anticipating a controlled 2-0 winning score for Internacional when the full-time whistle blows. 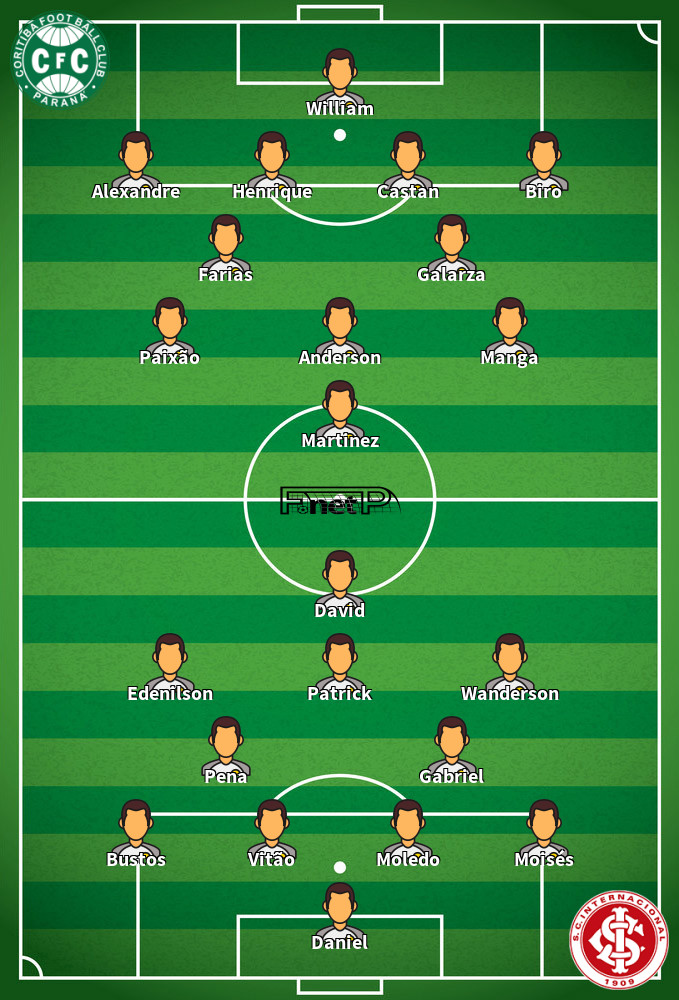 Regularly used in the Central Attacking Midfielder position, Wanderson was born in São Luiz Do Maranhão, Brazil. After making a first senior appearance for Beerschot AC in the 2012 - 2013 season, the dangerous Midfielder has managed 4 league goals in the Série A 2022 campaign to date in a total of 10 appearances.

We have made these Internacional v Coritiba predictions for this match preview with the best intentions, but no profits are guaranteed. Please always gamble responsibly, only with money that you can afford to lose. Good luck if you do place a bet today.