Return to this page a few days before the scheduled game when this expired prediction will be updated with our full preview and tips for the next match between these teams.
Full-Time Result Prediction
👉
Vasco da Gama to Win

The Serie A match at Estádio São Januário on Sunday will see home side Vasco da Gama doing battle with Coritiba.

Scroll down for all of our predictions, poll and stats for the Vasco da Gama v Coritiba game (inc. the best betting odds).

Vasco da Gama will be hoping for a repeat of their last result, following a 3-0 Serie A victory vs Botafogo.

A common trait of recent Vasco da Gama games is the number of results with a nil in them.

From their previous sextet of clashes before this one, in as many as 5 of them a wager on both teams scoring would've been a loser. We will have to see if that trend can be sustained into this next match.

Taking a look at their past results, Vasco da Gama:

In their previous game, Coritiba drew 0-0 in the Serie A match with Atletico PR.

It is worth noting that Coritiba have failed to get amongst the goals over their previous 6 encounters, netting the poor return of only 2. In those fixtures, Coxa have also seen the overall goal aggregate of opposing teams equal 7.

Looking at their past form shows that Coritiba:

A look at their most recent head-to-head clashes dating back to 02/11/2013 shows that Vasco da Gama have won 1 of these and Coritiba 2, with the number of drawn results being 3.

A combined sum of 11 goals were yielded between them throughout the course of those matches, with 5 for Vascão and 6 netted by Coxa. That is an average goals per game value of 1.83.

The last league meeting between these sides was Serie A match day 11 on 20/09/2020 and the score finished Coritiba 1-0 Vasco da Gama.

On that occasion, Coritiba managed 53% possession and 11 shots at goal with 2 of them on target. Their only player on the scoresheet was Robson (90').

On the other side, Vasco da Gama had 11 shots at goal with 3 on target.

Looking at personnel, there is just the lone fitness concern for the Vasco da Gama gaffer Ricardo Sá Pinto to be concerned about from an otherwise fully-primed squad. Ricardo Graça (Appendicitis) is out of contention.

With a fully injury-free squad to choose from, Coritiba manager Rodrigo Santana does not have any fitness worries at all before this match. Robson cannot play in this game through suspension.

We’re of the opinion that Coritiba could find themselves up against it to find the net against this Vasco da Gama lineup who we think might well get a goal themselves and run out victorious.

We’re therefore tipping a very even contest with a 1-0 winning score for Vasco da Gama at the end of this one. 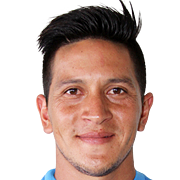 Normally taking up the Striker position, Germán Cano was born in Posadas, Argentina. After having played his first senior match for Lanús in the 2007 - 2008 season, the skilful Forward has hit 11 league goals in the Série A 2020 campaign so far in 24 appearances.

While we have made these predictions for Vasco da Gama v Coritiba for this match preview with the best of intentions, no profits are guaranteed. Always gamble responsibly, and with what you can afford to lose. Good luck if you do place a bet today.