Empoli play host to the visiting Cosenza at Stadio Carlo Castellani in this Serie B meeting on Tuesday.

Full predictions, pre-match stats and user poll for Empoli v Cosenza are shown on this page - plus the latest match odds.

Empoli will be looking for an improved result here after the 2-0 Serie B loss in their previous game against Ascoli.

Alessio Dionisi's Empoli have hit the back of the net a sum total of 10 times in their prior half-dozen outings. The comparative tally of goals that have been scored against them in those games stands at 8.

Coming into this clash, Empoli have not been beaten in their last 17 home league matches. A fantastic home record.

Cosenza go into this meeting following on from a 3-0 Serie B win vs Pescara in their previous match.

In that game, Cosenza had 49% possession and 9 shots on goal with 3 on target. For Cosenza, the goals were scored by Luca Tremolada (6', 31') and Mirko Carretta (8'). Pescara got 12 attempts on goal with 6 of them on target.

The stats don’t lie, and Cosenza have been scored against in 5 of their last 6 games, with opponents netting 9 goals overall. Defensively, Bruzi certainly have room for improvement. That trend won’t necessarily be sustained into this match, of course.

Heading into this fixture, Cosenza are without an away win for the past 7 matches in the league.

In that game, Cosenza had 44% possession and 12 shots at goal with 1 of them on target.

Empoli boss Alessio Dionisi doesn’t have any fitness worries whatsoever before this game owing to a completely injury-free group available to select from.

Thanks to a largely healthy squad, there’s just the sole fitness issue for the Cosenza manager Roberto Occhiuzzi to contend with. Luca Bittante (Cruciate Ligament Injury) misses out for this game.

One thing is for certain, Cosenza may well find it hard to be putting goals past a Empoli lineup who appear set to create a lot of chances for themselves and convert these into goals.

We are anticipating a comprehensive 3-0 winning margin for Empoli at the end of this one. 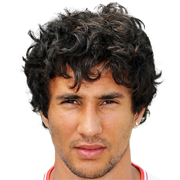 Customarily taking to the field in the Striker position, Ryder Matos was born in Seabra, Brazil. After having played his first senior match for Bahia in the 2012 season, the accomplished Forward has hit 6 league goals in the Serie B 2020 - 2021 campaign so far from a total of 25 appearances.

While we have made these predictions for Empoli v Cosenza for this match preview with the best of intentions, no profits are guaranteed. Always gamble responsibly, and with what you can afford to lose. Best of luck with your selections.