The Serie B tie at Stadio San Vito-Gigi Marulla on Friday will see home side Cosenza welcome opponents Juve Stabia.

All Cosenza v Juve Stabia match predictions, user poll and stats are shown below (including the best match odds).

Cosenza will be looking for another win after a 1-5 Serie B success vs Empoli.

At least three goals per match have been seen in 5 of the past 6 meetings where Cosenza have played. Their opponents scored 10 times in this period while Bruzi amassed a tally of 12.

Coming into this meeting, Cosenza are unbeaten in their previous 2 home league matches.

Following on from suffering a loss in their previous game against Cremonese in Serie B competition, Juve Stabia and their travelling fans will hope for a better result here.

The stats don’t lie, and Juve Stabia have been scored against in 6 of their last 6 matches, letting opponents get 10 goals in total. In defence, La vespe seem to have a bit of a soft underbelly. We will have to see whether or not that trend will be sustained here.

Coming into this contest, Juve Stabia are without a win away from home in their last 10 league games. A poor run.

The previous league fixture between the two was Serie B match day 19 on 29/12/2019 and the score finished Juve Stabia 1-0 Cosenza.

In that match, Juve Stabia had 61% possession and 9 attempts at goal with 2 of them on target. Their only player on the scoresheet was Francesco Forte (90').

On the other side, Cosenza got 9 shots on goal with 0 of them on target.

The match was refereed by Gianluca Aureliano.

There aren’t many selection issues, with just one fitness concern for the Cosenza gaffer Roberto Occhiuzzi to be concerned with from an otherwise fully-primed group of players. Riccardo Moreo (Unknown Injury) is out of contention.

Thanks to a largely full-strength group, there’s just the lone fitness issue for the Juve Stabia boss Fabio Caserta to contend with. Karamoko Cissé (Muscle Injury) misses out for this game.

We’re of the view that Cosenza should be able to score a couple when they meet Juve Stabia, who could well struggle to score.

We’re tipping a comfortable 2-0 winning margin for Cosenza when the full-time whistle blows. 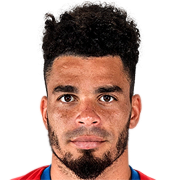 Mostly playing in the Striker position, Emmanuel Rivière was born in Le Lamentin, France. After making a first senior appearance for AS Saint-Etienne in the 2008 - 2009 season, the skilful Forward has got 11 league goals in this Serie B 2019 - 2020 season so far in 30 appearances.

We have made these Cosenza v Juve Stabia predictions for this match preview with the best intentions, but no profits are guaranteed. Please always gamble responsibly, only with money that you can afford to lose.