The big Challenge Cup meeting on Saturday sees Cove Rangers up against their opponents, Raith Rovers.

View all of the Cove Rangers v Raith Rovers predictions, poll and stats below (including the best match odds).

Cove Rangers will play in this game following on from a 2-2 Championship stalemate versus Partick Thistle.

The only name on the scoresheet from Cove Rangers was Mark Reynolds (81', 84'). Steven Lawless (17') and Stuart Bannigan (52') scored for Partick Thistle.

It’s been seldom in recent games where Cove Rangers have managed to hold out for a full 90 minutes. The facts show that Cove Rangers have been scored against in 6 of their previous 6 games, letting in 13 goals on the way. That sort of trend won’t necessarily be carried forward here, of course.

Raith Rovers head into the encounter following a 3-2 Championship win against Ayr United in their last fixture.

The stats tell the story, and Raith Rovers have been scored against in 5 of their last 6 matches, letting opponents get 8 goals in total. In defence, Raith Rovers seem to have a bit of a soft underbelly.

The Cove Rangers manager Jim McIntyre has no fitness worries at all before this clash thanks to a fully injury-free squad available to choose from.

We feel that in this game, Raith Rovers are dangerous enough to put one past this Cove Rangers lineup, however that possibly won’t quite be enough to prevent defeat.

We’re tipping a narrow 2-1 victory for Cove Rangers at the end of the 90 minutes. 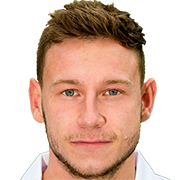 Mostly taking to the field in the Striker position, Mitch Megginson was born in Aberdeen, Scotland. Having played his first senior match for Aberdeen in the 2009 - 2010 season, the dangerous Forward has struck 2 league goals in this Championship 2022 - 2023 campaign so far in a total of 6 appearances.

We have made these Cove Rangers v Raith Rovers predictions for this match preview with the best intentions, but no profits are guaranteed. Please always gamble responsibly, only with money that you can afford to lose. Best of luck.