All Coventry City v Derby County game predictions, stats and user poll are shown below - as well as the best betting odds.

Coventry City will be wanting a better result here following the 0-1 Championship defeat in their last game at the hands of Millwall.

Coventry City have found it difficult to unlock defences of late. Their sum of goals equals just 4 vs opposing sides over the course of their previous six fixtures. In those meetings, Coventry City have also seen the tally of goals that have gone against them total 6.

In the game prior to this, Derby County drew 2-2 in the Championship tie with Reading.

In that match, Derby County had 70% possession and 17 shots at goal with 5 on target. For Derby County, the goals were scored by Colin Kazim-Richards (86') and Curtis Davies (91'). Reading had 9 shots on goal with 3 of them on target. Junior Hoilett (37', 56') was the scorer for Reading.

Throughout their 6 latest matches, Wayne Rooney's Derby County have turned their attacks into goals 7 times therefore yielding them a goals scored per game average of 1.17.

A look at their most recent head to head clashes dating back to 09/04/2011 shows us that Coventry City have won 2 of these games and Derby County 1, with the tally of drawn results standing at 3.

In all, 12 goals were scored between them in this period, with 7 from The Sky Blues and 5 netted by The Rams. The average goals per game has been 2.

It doesn’t get much better regarding selection, with just the lone fitness concern for the Coventry City gaffer Mark Robins to be concerned about from an otherwise fully-primed group. Tyler Walker (Hip Injury) will miss out.

Thanks to a mainly healthy group of players, there is only the sole fitness issue for the Derby County manager Wayne Rooney to be concerned about. Krystian Bielik (Torn knee ligament) misses out for this game.

We’re of the opinion that Derby County would be disappointed if they were not to break down this Coventry City lineup, although that probably shouldn’t prevent them from conceding a couple at the other end.

We think that it’s going to be both teams to score in a 2-1 win for Coventry City when the full-time whistle blows. It really should be an interesting one. 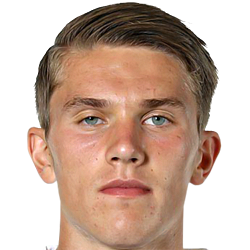 Customarily used in the Striker position, Viktor Gyökeres was born in Sweden. After having made a senior debut playing for IF Brommapojkarna in the 2015 season, the talented Forward has bagged 9 league goals in the Championship 2021 - 2022 season so far in 22 appearances.

We have made these Coventry City v Derby County predictions for this match preview with the best intentions, but no profits are guaranteed. Please always gamble responsibly, only with money that you can afford to lose. Best of luck.