Huddersfield will be hosting visitors Coventry City at John Smith's Stadium in the Championship match on Saturday.

All of our predictions, stats and the user poll for Huddersfield v Coventry City are shown below - along with the latest match odds.

Huddersfield will be hoping for a better result after a 5-2 Championship defeat last time out to Blackburn Rovers.

In that match, Huddersfield Town had 57% possession and 8 attempts on goal with 1 on target. The only player on the scoresheet for Huddersfield Town was Josh Koroma (82'). For their opponents, Blackburn Rovers had 16 shots at goal with 12 of them on target. Adam Armstrong (8', 54', 60'), Ben Brereton (22'), Ryan Nyambe (45' Own goal) and Sam Gallagher (57') scored for Blackburn Rovers.

Fixtures involving Huddersfield Town have usually been entertaining ones recently with high scoring being a common characteristic. Over their past six clashes, a grand total of 20 goals have gone in for both sides combined (at an average of 3.33 goals per game) with 5 of those accredited to The Terriers.

Coming into this fixture, Huddersfield Town are without a win at home for the past 6 league matches. Things will have to change soon.

After tasting defeat last time out to Preston North End in Championship competition, Coventry City and their travelling fans will hope for a better result here.

Mark Robins's Coventry City have slotted home 10 times in the course of their previous 6 matches. The aggregate of goals that they have conceded during the equivalent period equals 8.

Ahead of this meeting, Coventry City haven't been defeated in their previous 2 league matches away from home.

The last league fixture featuring these sides was Championship match day 19 on 16/12/2020 which finished with the scoreline of Coventry City 0-0 Huddersfield Town.

In that game, Coventry City managed 42% possession and 6 shots on goal with 3 on target.

Huddersfield Town had 6 attempts at goal with 2 on target.

Coventry boss Mark Robins has to choose from a squad that has some fitness concerns. Tyler Walker (Hip Injury) and Jodi Jones (Cruciate Ligament Rupture) will miss out on this game.

We believe that Coventry City and Huddersfield are both capable of scoring here.

Shouldn’t be much in it, and a draw looks quite a realistic result. With that in mind, we reckon that it will be a 1-1 scoreline at the end of the match. 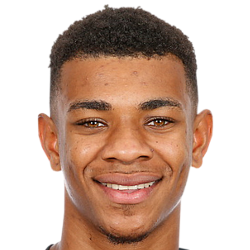 Regularly played in the Centre Midfield position, Juninho Bacuna was born in Groningen, Netherlands. Having made his senior debut playing for FC Groningen in the 2014 - 2015 season, the goalscoring Midfielder has got 5 league goals in the Championship 2020 - 2021 campaign to date in 41 appearances.

We have made these Huddersfield v Coventry City predictions for this match preview with the best intentions, but no profits are guaranteed. Please always gamble responsibly, only with money that you can afford to lose. Good luck if you do place a bet today.