Coventry City will be at Stadium of Light on Sunday for the Championship showdown with hosts Sunderland.

All of our predictions, stats and the user poll for Sunderland v Coventry City are shown below (plus the best game odds).

Sunderland, following on from their previous result, will be hoping for more of the same after a 2-0 League One Play-offs victory against Wycombe Wanderers.

For Sunderland, goals were scored by Elliot Embleton (12') and Ross Stewart (79').

Fewer than three goals per game were seen in 5 of the past 6 fixtures where Sunderland have been involved. In terms of the goal distribution from this period, opposing sides scored a total of 3 and Sunderland totted up 11. Let’s find out if that trend will be sustained in this game.

In their last game, Coventry City drew 1-1 in the Championship match with Stoke City.

Looking at their form, and Coventry City have been scored against in 5 of their last 6 games, conceding 9 goals in total. In defence, Coventry City can certainly do much better.

A review of their past head-to-head clashes stretching back to 06/08/2006 shows that Sunderland have won 1 of them & Coventry City 3, with the tally of drawn results standing at 2.

A sum of 19 goals were scored between the two sides during those clashes, with 9 of them from The Black Cats and 10 created by The Sky Blues. That is an average goals per game value of 3.17.

The previous league meeting featuring these clubs was League One match day 36 on 01/03/2020 when it ended Coventry City 1-0 Sunderland.

The Sunderland manager Alex Neil will be grateful to have no fitness concerns to speak of coming into this match owing to a fully healthy group ready to go.

Owing to an otherwise healthy group of players, there is only the one fitness problem for the Coventry City boss Mark Robins to contend with. Marcel Hilßner (Cruciate Ligament Rupture) won’t be playing here.

It’s looking like Coventry City and Sunderland should play out a closely-fought contest here.

Let’s see how this one goes, but it looks this could be a draw. Our tip is therefore for a very close game with a 1-1 score draw at the end of the 90 minutes. 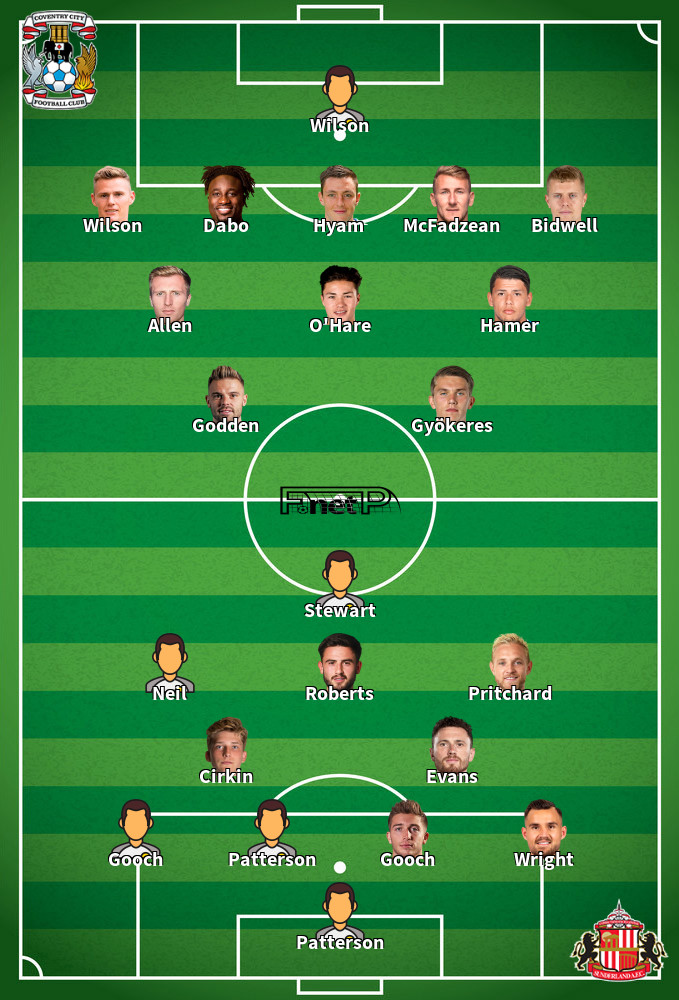 We have made these Sunderland v Coventry City predictions for this match preview with the best intentions, but no profits are guaranteed. Please always gamble responsibly, only with money that you can afford to lose. We wish you the best of luck.