Return to this page a few days before the scheduled game when this expired prediction will be updated with our full preview and tips for the next match between these teams.
Full-Time Result Prediction for Cowdenbeath vs Albion Rovers
Cowdenbeath to Win
Cowdenbeath take on guests Albion Rovers at Central Park in this League Two game on Saturday.

Our feeling is that Albion Rovers have the capability to find the back of the net against this Cowdenbeath outfit, although it probably shouldn’t be enough to avoid defeat. Our tip is for a tight encounter finishing with a 2-1 winning score for Cowdenbeath by the time that the referee blows the final whistle. Let’s see what happens here. To see all of our predictions, user poll & stats for Cowdenbeath v Albion Rovers, scroll down - plus the latest match odds.

Taking a look at their past results, Albion Rovers: 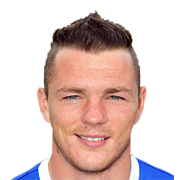 Regularly played in the Right Wing position, David Cox was born in Lanark, Scotland. Having played his first senior match for Kilmarnock in the 2007 - 2008 season, the gifted Forward has contributed 5 league goals in this League Two 2019 - 2020 season to date in a total of 13 appearances.

We have made these Cowdenbeath v Albion Rovers predictions for this match preview with the best intentions, but no profits are guaranteed. Please always gamble responsibly, only with money that you can afford to lose. We wish you the best of luck.