Return to this page a few days before the scheduled game when this expired prediction will be updated with our full preview and tips for the next match between these teams.
Full-Time Result Prediction
👉
Doncaster Rovers to Win

Doncaster Rovers will face off against visiting opponents Crawley Town at Eco-Power Stadium in the League Two game on Saturday.

For all of our match predictions, pre-game poll and statistics for Doncaster Rovers v Crawley Town, scroll down - as well as up-to-date odds.

Doncaster Rovers will be looking for another win after a 1-2 EFL Trophy triumph against Lincoln City.

Doncaster Rovers have really been misfiring in more recent games. Their goals record stands at just 4 against opposition teams over their previous 6 fixtures. In those meetings, Doncaster Rovers have also seen the number of goals that have gone against them total 7. We shall soon see whether or not that trend will be sustained into this next match.

Their prior results show that Doncaster Rovers:

Since being beaten in their last game against AFC Wimbledon in EFL Trophy action, Crawley Town and their fans will hope to get a better result this time.

Crawley Town have attacked well of late, scoring 10 goals in their last 6 matches. While their manager Kevin Betsy will no doubt take that as a positive sign, Crawley Town can also improve defensively after being scored against in 6 of those same matches.

If we look at their past head to head meetings dating back to 25/08/2012, there is nothing to separate the two clubs with Doncaster Rovers winning 1 of those games, Crawley Town 1 and 4 being draws in normal time.

A total of 10 goals were shared by the two clubs throughout the course of those matches, with 7 from The Rovers and 3 being from The Red Devils. The average number of goals per game works out to 1.67.

The previous league clash between these clubs was League Two match day 35 on 04/03/2017 when it ended Crawley Town 0-0 Doncaster Rovers.

Nearly everyone is up for selection, with just the lone fitness concern for the Doncaster Rovers manager Gary McSheffrey to contend with due to a largely intact squad. Jon Taylor (Ankle Injury) is sidelined.

Due to a completely healthy group available to select from, the Crawley Town boss Kevin Betsy does not have any fitness concerns at all ahead of this match.

We think that Crawley Town will really need to work well to register a score against this Doncaster Rovers side who we think should just have the edge.

We’re therefore predicting a very even contest with a 1-0 victory for Doncaster Rovers at the end of the 90. 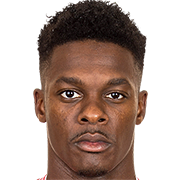 Generally used in the Right Wing position, Kieran Agard was born in Newham, England. Having made a first senior appearance for Everton in the 2009 - 2010 season, the gifted Forward has hit 2 league goals in this League Two 2022 - 2023 season so far in a total of 8 appearances.

We have made these Doncaster Rovers v Crawley Town predictions for this match preview with the best intentions, but no profits are guaranteed. Please always gamble responsibly, only with money that you can afford to lose. We wish you the best of luck.