Crawley Town will be facing the visiting Grimsby Town at Broadfield Stadium in the League Two fixture on Tuesday.

All Crawley Town v Grimsby Town game predictions, stats and user poll are shown below - plus the latest betting odds.

Crawley Town head into this game coming off the back of a 2-2 League Two drawn game versus Newport County.

Scott Lindsay's Crawley Town have scored 6 times over their preceding 6 outings. Conversely, the tally of goals that they have conceded in those same games amounts to 9.

Since a losing effort in their last game against Swindon Town in League Two competition, Grimsby Town and their fans will hope to get a better result this time.

Illustrating their partiality to eventful matches, we’ve seen goals 20 times in the previous 6 matches in which Grimsby Town have played, giving an average of 3.33 goals each clash. Opposing teams have hit 13 of these goals. That sort of trend might not be carried forward into this next game, however.

Looking over their prior head-to-head clashes going back to 09/03/2019 shows us that Crawley Town have won 2 of these games & Grimsby Town 3, with the number of drawn games standing at 1.

A sum of 19 goals were shared by the two clubs during those clashes, with 8 for The Red Devils and 11 netted by The Mariners. The average goals per game has been 3.17.

The match was refereed by Anthony Backhouse.

The Crawley Town boss Scott Lindsay will be grateful not to have any fitness worries to speak of before this match thanks to a fully injury-free squad available to choose from.

Owing to a completely injury-free squad to pick from, the Grimsby Town manager Paul Hurst does not have any fitness concerns to report before this match.

We feel that over the course of the game, Crawley Town might have a difficult job to be putting a goal past this Grimsby Town lineup who we think will end up scoring and possibly keep a clean sheet as well.

We’re going for a good battle with a 0-1 winning margin for Grimsby Town at the end of the 90 minutes. 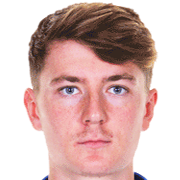 Mostly deployed in the Left Attacking Midfielder position, James Tilley was born in Billingshurst, England. After having played his first senior match for Brighton & Hove Albion in the 2014 - 2015 season, the skilful Midfielder has managed 5 league goals in the League Two 2022 - 2023 season to date in a total of 20 appearances.

We have made these Crawley Town v Grimsby Town predictions for this match preview with the best intentions, but no profits are guaranteed. Please always gamble responsibly, only with money that you can afford to lose. We wish you the best of luck.