The wait is almost over for the FA Cup action scheduled for Sunday as Crawley Town take on Leeds United.

Scroll down for all of our predictions, poll and stats for the Crawley Town v Leeds United game (plus the best game odds).

Crawley Town will be hoping for a repeat of their last result, following a 0-1 League Two triumph vs Bolton Wanderers.

The only scorer from Crawley Town was George Francomb (61').

The Red Devils have not been the best at stopping their opponents recently, although they’ve also managed to score goals themselves. Over their last 6 matches, The Red Devils have seen their goal breached in 5 of them while also getting on the scoresheet in 6 of those matches. That aside, time will tell whether that pattern shall be sustained here in this match.

Since suffering a loss in their previous game against Tottenham Hotspur in Premier League action, Leeds United and their travelling fans will hope for a better result here.

In as many as 5 of the previous 6 games involving Leeds United, a minimum of three goals have gone in. The overall average goals scored per game during that spell is 4.5, with the number of goals averaged by Leeds United being 2.33.

Crawley Town boss John Yems will be happy not to have any fitness concerns to speak of before this game thanks to a completely injury-free squad to choose from.

Leeds Utd boss Marcelo Bielsa has a number of players out of action. Robin Koch (Knee Injury), Gaetano Berardi (Cruciate Ligament Rupture) and Adam Forshaw (Hip Injury) are those who can’t be considered.

It looks to us that Leeds United should really score at least once when they line up against Crawley Town, who may well find it hard getting on the scoresheet.

Therefore, we are anticipating a controlled 0-2 margin for Leeds United come full-time. 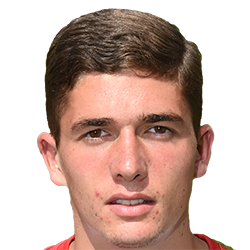 Usually played in the Right Wing position, Max Watters was born in London, England. After making a first senior appearance for Crawley Town in the 2020 - 2021 season, the accomplished Forward has managed to score 13 league goals in the League Two 2020 - 2021 season so far in 15 appearances.

While we have made these predictions for Crawley Town v Leeds United for this match preview with the best of intentions, no profits are guaranteed. Always gamble responsibly, and with what you can afford to lose. Best of luck with your selections.