Morecambe make the trip to The Peoples Pension Stadium on Saturday for the League Two fixture with home team Crawley Town.

Our tips, poll and stats for Crawley Town v Morecambe can all be found here including the latest game odds.

Crawley Town will play in this fixture after a 1-1 EFL Trophy drawn match vs Arsenal U23s.

It has been a rare occasion in recent times where Crawley Town have kept a clean sheet. The facts show that The Red Devils have been scored against in 5 of their previous 6 clashes, letting in 8 goals during that time. Having said that, time will tell whether that trend will be maintained here in this match.

A look at their previous results shows us that Crawley Town:

Morecambe will go into the clash following on from a 2-3 League Two win vs Oldham Athletic in their last game.

Demonstrating their partiality to high-scoring matches, goals have been celebrated 23 times in the last 6 games in which Morecambe have taken to the field, making it an average of 3.83 goals per fixture. Their opponents have got 17 of those goals.

Ahead of this clash, Morecambe have not won against Crawley Town when having played them away from home in the previous 3 matches in the league.

Looking at the statistics for their head to head meetings going back to 18/02/2017, there has been little to separate the clubs with Crawley Town winning 2 of those games, Morecambe 2 and 2 being draws after 90 minutes of play.

12 goals were yielded between them in this period, with 6 of them from The Red Devils and 6 coming from The Shrimps. That is an average goals per game value of 2.

Crawley Town manager John Yems will be thankful to have no fitness concerns to speak of coming into this game owing to a fully injury-free group available to choose from.

Thanks to a fully healthy squad to pick from, Morecambe boss Derek Adams does not have any fitness worries whatsoever ahead of this match.

Here, we’re thinking that Morecambe might have a difficult job to breach the defence of this Crawley Town side who we reckon should end up scoring and staying ahead.

That’s why our selection here is for a very competitive encounter with a 1-0 winning score for Crawley Town at the conclusion of the game.

Over/Under 2.5 Goals Prediction for Crawley Town vs Morecambe
Under 2.5 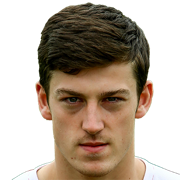 Mostly played in the Striker position, Ashley Nadesan was born in England. Having made a first senior appearance for Fleetwood Town in the 2017 - 2018 season, the gifted Forward has scored a sum of 2 league goals in the League Two 2020 - 2021 campaign to date in 4 appearances.

We have made these Crawley Town v Morecambe predictions for this match preview with the best intentions, but no profits are guaranteed. Please always gamble responsibly, only with money that you can afford to lose. Best of luck.