Crawley Town line up against away team Oldham Athletic at The Peoples Pension Stadium in the League Two clash on Monday.

All Crawley Town v Oldham Athletic match predictions, user poll and stats are shown below - as well as the best betting odds.

Crawley Town head into this game following on from a 0-0 League Two tied result versus Scunthorpe United.

John Yems's Crawley Town have seen rewards for their attempts on goal a sum total of 5 times over their past half-dozen outings. The tally of goals that have been scored against them in those same games stands at 9.

Looking at their past form shows that Crawley Town:

After suffering a loss in their previous game against Stevenage in League Two action, Oldham Athletic will be aiming to make amends here.

Scott Cuthbert (24') was the scorer for Stevenage.

Looking at their form, and Oldham Athletic have been scored against in 5 of their last 6 games, seeing opposing sides hit 9 goals in all. Defensively, The Latics have seen their frailties exposed.

Heading into this contest, Oldham Athletic are without an away win for the past 4 league matches.

If we look at their past head to head duels stretching back to 06/04/2015, there has been little between the sides with Crawley Town winning 3 of those games, Oldham Athletic 3 and 0 being draws in regulation time.

In all, 19 goals were shared by the two clubs throughout the course of those matches, with 10 for The Red Devils and 9 for The Latics. That’s an average goals per game of 3.17.

Crawley Town boss John Yems will be thankful to have no fitness worries to speak of coming into this game owing to a completely healthy group to choose from.

Due to a fully healthy group ready to go, Oldham Athletic boss Keith Curle has zero fitness worries to report ahead of this match.

Our feeling is that Oldham Athletic should get enough chances to find the back of the net against this Crawley Town side, although it probably won’t quite be enough to prevent defeat.

We’re tipping both teams to score in a 2-1 win for Crawley Town at full-time. Looking forward to this. 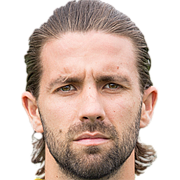 Regularly used in the Centre Midfield position, George Francomb was born in London, England. Having made his senior debut playing for Norwich City in the 2009 - 2010 season, the goalscoring Midfielder has managed 5 league goals in this League Two 2020 - 2021 season to date coming from a total of 28 appearances.

We have made these Crawley Town v Oldham Athletic predictions for this match preview with the best intentions, but no profits are guaranteed. Please always gamble responsibly, only with money that you can afford to lose. Good luck if you do place a bet today.