Return to this page a few days before the scheduled game when this expired prediction will be updated with our full preview and tips for the next match between these teams.
Full-Time Result Prediction
👉
Walsall to Win

View all of the Walsall v Crawley Town predictions, poll and stats below - as well as the best betting odds.

Walsall will play in this fixture after a 0-0 League Two tied result versus Carlisle United.

Michael Flynn's Walsall have hit the target 6 times over their last 6 outings. Conversely, the tally of goals that they have conceded in those same fixtures stands at 6.

Crawley Town come into this game following a 1-0 League Two win with the downing of Barrow in their last outing.

The only name on the scoresheet from Crawley Town was Ashley Nadesan (6').

Over the course of their last six outings, Crawley Town have bagged a total of 13 goals. Crawley Town have also scored on each one of those occasions. Over that period, they have seen 10 goals scored by their opponents. We will just have to see if that trend can be continued on into this next match.

Going into this game, the form guide shows that Crawley Town:

Inspecting their most recent head-to-head clashes dating back to 28/09/2019 shows that Walsall have won 3 of these and Crawley Town 1, with the tally of drawn games standing at 2.

A combined total of 14 goals were produced between them during those clashes, with 8 of them for The Saddlers and 6 netted by The Red Devils. That’s an average goals per game figure of 2.33.

The last league match between these clubs was League Two match day 43 on 18/04/2022 and the score finished Crawley Town 1-0 Walsall.

It’s a low absenteeism rate, with just the lone fitness concern for the Walsall boss Michael Flynn to be concerned with from of an almost fully healthy squad. Conor Wilkinson (Knee Injury) won’t play.

Thanks to a mainly available squad, there’s only the lone fitness issue for the Crawley Town manager Lewis Young to contend with. James Balagizi (Groin Injury) misses out for this game.

In this match, Walsall should really get a couple of goals in this one when they meet Crawley Town, who may well find it hard scoring a goal of their own. 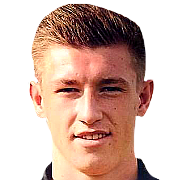 Normally used in the Right Attacking Midfielder position, Tom Knowles was born in England. Having made a first senior appearance for Walsall in the 2022 - 2023 season, the dangerous Midfielder has got 2 league goals in this League Two 2022 - 2023 campaign to date coming from a total of 16 appearances.

We have made these Walsall v Crawley Town predictions for this match preview with the best intentions, but no profits are guaranteed. Please always gamble responsibly, only with money that you can afford to lose. Best of luck with your selections.