This fascinating Copa do Brasil match on Wednesday will see Palmeiras taking on opponents CRB.

To see all of our predictions, user poll & stats for Palmeiras v CRB, scroll down - as well as the best betting odds.

Palmeiras, buoyed by their previous result, will be hoping for more of the same after a 3-1 Serie A triumph versus Chapecoense.

Matches featuring Palmeiras have often been engaging affairs of late with a lot of goalmouth action being a common characteristic. Over their past half dozen games, a grand total of 20 goals have been recorded for both sides combined (at an average of 3.33 goals per game) with 14 of those accredited to Verdão.

CRB will come into the game following a 3-4 Serie B win over Cruzeiro in their most recent outing.

The stats don’t lie, and CRB have been scored against in 6 of their last 6 games, with opponents netting 10 goals overall. Defensively, Galo certainly have room for improvement. It will be interesting to find out if that trend will end up being continued on here.

Availability isn’t a big problem, with just the lone fitness concern for the Palmeiras gaffer Abel Ferreira to contend with from a near full-strength set of players. Breno Lopes (Stretched Ligament) misses out.

Owing to a fully healthy squad available for selection, CRB boss Roberto Fernandes has zero fitness concerns to report ahead of this match.

We feel that in this game, Palmeiras will probably dominate on the ball and be rewarded with decent chances. 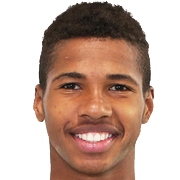 Typically played in the Left Wing position, Wesley was born in Salvador, Brazil. Having made a first senior appearance for Palmeiras in the 2020 season, the goalscoring Forward has bagged 2 league goals in this Série A 2021 season so far from a total of 2 appearances.

We have made these Palmeiras v CRB predictions for this match preview with the best intentions, but no profits are guaranteed. Please always gamble responsibly, only with money that you can afford to lose.