Crewe Alexandra will be taking on visiting club Oxford United at Alexandra Stadium in this League One game on Saturday.

Scroll down to see all of the predictions, poll and statistics for Crewe Alexandra v Oxford United (inc. the best betting odds).

Crewe Alexandra will be hoping for a repeat of their last result, following a 0-2 League One triumph versus MK Dons.

The only scorer from Crewe Alexandra was Mikael Mandron (15', 20').

An interesting aspect of recent Crewe Alexandra games is the number of nil scores.

Taking their prior 6 matches before this one, in 5 of them a wager on BTTS would have lost. Let’s see if that trend will end up being continued on here.

Their prior results show that Crewe Alexandra:

Since a losing effort in their last game against Accrington Stanley in League One competition, Oxford United and their travelling fans will hope for a better result here.

The only scorer from Oxford United was Elliot Lee (25'). Paul Smyth (16') and Michael Nottingham (70') scored for Accrington Stanley.

Looking at their form, and Oxford United have been scored against in 5 of their last 6 games, seeing their opponents hit 9 goals overall. In defence, The U's have been far from perfect.

Their past results show that Oxford United:

A review of their prior head-to-head clashes going back to 20/03/1999 shows us that Crewe Alexandra have won 4 of these & Oxford United 1, with the tally of drawn results being 1.

A combined sum of 16 goals were produced between them throughout the course of those matches, with 11 of them for The Railwaymen and 5 being from The U's. The average number of goals per game works out to 2.67.

The previous league encounter featuring these sides was League One match day 4 on 17/11/2020 when it finished Oxford United 0-2 Crewe Alexandra.

Josh Lundstram (Ankle Fracture) and Oli Finney (Fractured Leg) will not be able to play for Crewe manager Dave Artell.

Owing to an otherwise full-strength group, there is only a single fitness issue for the Oxford United gaffer Karl Robinson to be concerned about. Marcus McGuane (Thigh Problems) misses out for this game.

We envisage that Oxford United and Crewe Alexandra could end up without much reward for their efforts here.

Let’s see how it plays out, but a draw with few scoring chances is looking likely to us. That’s why we have predicted a very competitive game with a 0-0 draw when the referee blows the final whistle. 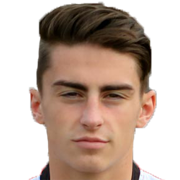 Mostly playing in the Left Attacking Midfielder position, Owen Dale was born in Warrington, England. Having played his first senior match for Crewe Alexandra in the 2017 - 2018 season, the goalscoring Midfielder has contributed 8 league goals in the League One 2020 - 2021 campaign to date in 34 appearances.

We have made these Crewe Alexandra v Oxford United predictions for this match preview with the best intentions, but no profits are guaranteed. Please always gamble responsibly, only with money that you can afford to lose.