The League One match at Mornflake Stadium on Saturday will see hosts Crewe Alexandra go into battle with Shrewsbury Town.

For all of our match predictions, pre-game poll and statistics for Crewe Alexandra v Shrewsbury Town, scroll down - as well as up-to-date odds.

Crewe Alexandra will be looking for a repeat result of the 2-1 League One success vs Charlton Athletic.

For Crewe Alexandra, the goalscorers were Oliver Finney (38') and Mikael Mandron (45'). Mason Burstow (80') was the scorer for Charlton Athletic.

Fixtures featuring Crewe Alexandra have proved to be absorbing ones lately with high scoring anticipated. Over their past 6 clashes, a grand total of 21 goals have flown in for both teams combined (at an average of 3.5 goals per game) with 9 of these coming from Crewe Alexandra.

Going into this encounter, Crewe Alexandra are unbeaten in the league by Shrewsbury Town in their last 3 games.

Since being beaten in their last game against Liverpool in FA Cup action, Shrewsbury Town and their travelling fans will hope for a better result here.

In that match, Shrewsbury Town had 17% possession and 4 attempts at goal with 2 on target. The only player on the scoresheet for Shrewsbury Town was Daniel Udoh (27'). For their opponents, Liverpool had 19 attempts on goal with 6 on target. Kaide Gordon (34'), Fabinho (44', 93') and Roberto Firmino (78') scored for Liverpool.

Throughout their 6 previous matches, Steve Cotterill's Shrewsbury Town have seen their goal attempts be successful 8 times - yielding them a goals per game average of 1.33.

Looking over their prior head to head clashes dating back to 13/11/2018 shows us that Crewe Alexandra have won 3 of them and Shrewsbury Town 2, with the number of drawn results being 1.

A combined total of 19 goals were yielded between them throughout the course of those matches, with 10 for The Railwaymen and 9 for The Shrews. That is an average goals per game value of 3.17.

The Crewe Alexandra boss Dave Artell has zero fitness concerns at all before this clash with a completely healthy squad available to choose from.

With a completely injury-free group to choose from, the Shrewsbury Town manager Steve Cotterill has no fitness worries whatsoever before this match.

We feel that Crewe Alexandra will have their work cut out to score goals against this Shrewsbury Town lineup who we reckon will do enough to score at the other end and edge ahead.

We’re therefore anticipating a good battle with a 0-1 win for Shrewsbury Town at the conclusion of the game. 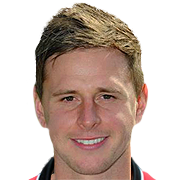 Normally taking to the field in the Striker position, Chris Porter was born in Wigan, England. Having made his senior debut playing for Bury in the 2002 - 2003 season, the dangerous Forward has netted 4 league goals in the League One 2021 - 2022 campaign to date in a total of 22 appearances.

While we have made these predictions for Crewe Alexandra v Shrewsbury Town for this match preview with the best of intentions, no profits are guaranteed. Always gamble responsibly, and with what you can afford to lose. Best of luck.