Inter Milan journey to Stadio Ezio Scida on Saturday for the Serie A showdown with hosts Crotone.

Our tips, poll and stats for Crotone v Inter Milan can all be found here - as well as up-to-date odds.

Crotone will be looking for a repeat result of the 3-4 Serie A triumph vs Parma.

Fixtures involving Crotone have often been engaging encounters recently with a lot of goalmouth action being the norm. Over their past 6 clashes alone, a total of 28 goals have gone in for both sides combined (at an average of 4.67 goals per game) with 12 of these coming from Crotone.

A look at their previous results shows us that Crotone:

Inter Milan will go into this match following a 1-0 Serie A win with the downing of Hellas Verona in their most recent match.

In that match, Inter Milan had 49% possession and 12 shots on goal with 3 on target. The only player on the scoresheet for Inter Milan was Matteo Darmian (76'). At the other end, Hellas Verona had 12 shots at goal with 1 of them on target.

Over the course of 5 of the previous 6 clashes featuring Inter Milan, a comparatively low number of goals have been scored between them and their opposition. The overall average number of goals per game within that spell comes to a paltry 1.67, with the average goals for Nerazzurri equalling 1.17. That aside, we will just have to wait and see if that pattern will persist in this next match.

Taking a look at their past results, Inter Milan:

The previous league contest featuring these sides was Serie A match day 15 on 03/01/2021 when it ended Inter Milan 6-2 Crotone.

Inter manager Antonio Conte has multiple availability issues to deal with. Arturo Vidal (Unknown Injury) and Aleksandar Kolarov (Muscle Fatigue) will miss out on this game.

We’re of the view that Crotone should get enough chances to breach the defence of this Inter Milan outfit, although just one goal probably won’t be enough to prevent defeat.

We’re therefore expecting a 1-2 victory for Inter Milan after 90 minutes. It should be a decent one. 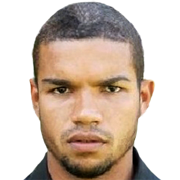 Customarily played in the Right Attacking Midfielder position, Junior Messias was born in Belo Horizonte, Brazil. Having made his senior debut playing for Crotone in the 2019 - 2020 season, the skilful Midfielder has hit 8 league goals in this Serie A 2020 - 2021 season to date from a total of 32 appearances.

We have made these Crotone v Inter Milan predictions for this match preview with the best intentions, but no profits are guaranteed. Please always gamble responsibly, only with money that you can afford to lose. Good luck if you do place a bet today.