The Premiership clash at Seaview on Saturday will see home side Crusaders prepare for the visit of opponents, Newry City.

For all of our match predictions, pre-game poll and statistics for Crusaders v Newry City, scroll down including the latest game odds.

Crusaders will be wanting a better result here following the 0-1 Premiership defeat in their last game at the hands of Ballymena United.

Fixtures featuring Crusaders have usually been entertaining encounters of late with plenty of scoring being a real hallmark. Over their past half dozen clashes, a total of 20 goals have flown in for both teams combined (at an average of 3.33 goals per game) with 12 of these accredited to Crusaders. It will be interesting to see if that trend can be continued on in this game.

Newry City will go into this clash following on from a 4-1 Premiership win with the eclipse of Carrick Rangers in their previous outing.

Illustrating their appetite for action-packed matches, the back of the net has been hit 20 times in the last 6 games in which Newry City have played, giving an average of 3.33 goals for each clash. Opposition teams have hit 10 of those goals.

The previous league meeting featuring these sides was Premiership match day 4 on 27/08/2022 when it ended Newry City 1-2 Crusaders.

The referee was Andrew Davey.

There is just a single fitness concern for the Crusaders boss Stephen Baxter to be concerned about due to a largely intact group of players. Ben Kennedy (Knee Injury) misses out.

With a fully healthy squad to pick from, the Newry City boss Darren Mullen doesn’t have any fitness worries at all ahead of this match.

One thing is for certain, Newry City will have a tough assignment to get a goal against a Crusaders outfit who should win pretty easily here.

We’re expecting a very comfortable 3-0 winning margin for Crusaders when the referee blows the final whistle. 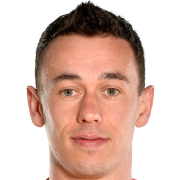 Usually deployed in the Left Wing position, Paul Heatley was born in N. Ireland. After making a first senior appearance for Carrick Rangers in the 2011 - 2012 season, the dangerous Forward has managed 3 league goals in the Premiership 2022 - 2023 season to date from a total of 8 appearances.

While we have made these predictions for Crusaders v Newry City for this match preview with the best of intentions, no profits are guaranteed. Always gamble responsibly, and with what you can afford to lose. Best of luck.