This big Primera (Clausura) Liguilla quarter-final showdown between Tigres and Cruz Azul kicks off on Monday. Motivation will be high and, with a date with the semi-finals for the winners, it could well be an exciting game of football between these two teams.

Scroll down for all of our predictions, poll and stats for the Tigres de la UANL v Cruz Azul game (plus the best game odds).

In their past six games, Miguel Herrera's Tigres de la UANL have managed to score a total of 6 times resulting in an average number of goals per match of 1.

A run of reliable displays from the Cruz Azul defenders has resulted in their ‘goals against’ tally standing at 3 from their previous 6 clashes overall. During the same time, the number of goals that they have scored themselves amounts to 2. That kind of pattern isn’t assured to be carried forward into this game, however.

Checking out their prior head to head meetings going back to 18/10/2020, there has been little to separate the clubs with Tigres winning 2 of those games, Cruz Azul 2 and 2 being draws in regulation time.

A sum of 15 goals were yielded between them in this period, with 7 for Los Tigres and 8 coming from La Máquina Azul. This gives an average number of goals per game equal to 2.5.

The Tigres boss Miguel Herrera has zero fitness concerns to speak of ahead of this clash with a completely healthy squad available to choose from.

From a largely available group of players, there is only the sole fitness worry for the Cruz Azul manager Juan Reynoso to be concerned about. Carlos Rodríguez (Fissure of the fibula) won’t be playing here.

It looks to us that Tigres de la UANL can and should have the majority of the possession and should be able to turn a few of their chances into goals.

At the other end, Cruz Azul may well struggle to score themselves but do we see them scoring here as well.

Our tip is for a pretty comfortable 3-1 winning score for Tigres de la UANL when all’s said and done. 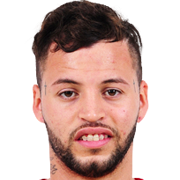 Typically used in the Striker position, Nicolás López was born in Montevideo, Uruguay. Having made a first senior appearance for Roma in the 2012 - 2013 season, the talented Forward has accumulated 2 league goals in the Liga MX (Clausura) 2021 - 2022 season to date coming from a total of 13 appearances.

We have made these Tigres de la UANL v Cruz Azul predictions for this match preview with the best intentions, but no profits are guaranteed. Please always gamble responsibly, only with money that you can afford to lose. Good luck!