Cruz Azul will be facing visiting rivals Toluca at Estadio Azteca in this Liga MX (Clausura) fixture on Sunday.

View all Cruz Azul v Toluca tips, stats and our pre-match poll below - plus the latest betting odds.

Cruz Azul, buoyed by their previous result, will be hoping for more of the same after a 0-2 Liga MX (Clausura) success versus Tigres de la UANL.

In that game, Cruz Azul had 30% possession and 4 shots at goal with 2 of them on target. For Cruz Azul, the scorers were Luis Romo (5') and Guillermo Fernández (90'). Tigres de la UANL got 15 attempts on goal with 7 on target.

Under three goals per match were recorded in 5 of the last 6 meetings where Cruz Azul have been involved. Regarding the goal attribution in this period, opposing sides scored a total of 3 and La Máquina Azul got themselves 9. It will be interesting to find out whether or not that trend will be continued on in this game.

Heading into this fixture, Cruz Azul have not registered a win against Toluca in their last 4 league matches.

Toluca will go into the encounter following on from a 1-0 Liga MX (Clausura) win with the eclipse of Universidad Nacional in their last outing.

In that match, Toluca had 52% possession and 12 attempts at goal with 4 of them on target. The only player to score for Toluca was Alexis Canelo (88'). Universidad Nacional had 9 shots on goal with 2 on target.

Over the course of their last half-dozen clashes, Toluca have helped themselves to a tally of 13 goals. Los Diablos Rojos have also managed to score in every single one of those games. Over that period, they have seen 6 goals go into their own net.

Their previous form shows that Toluca:

If we look at their past head to head duels stretching back to 28/01/2018, neither club has come out on top overall with Cruz Azul winning 1 of those games, Toluca 1 and 4 being draws in normal time.

15 goals were scored between the two sides throughout the course of those matches, with 7 for La Máquina Azul and 8 coming from Los Diablos Rojos. The average number of goals per game works out to 2.5.

The last league clash featuring these clubs was Liga MX (Apertura) match day 13 on 04/10/2020 when the final score was Toluca 2-0 Cruz Azul.

For their opponents, Cruz Azul had 31 attempts on goal with 6 on target.

Cruz Azul boss Juan Reynoso has zero fitness concerns whatsoever ahead of this clash thanks to a fully injury-free squad available for selection.

Due to a fully healthy squad ready to go, Toluca manager Hernán Cristante has zero fitness worries to report before this match.

We’re inclined to think that Toluca have the firepower to score a goal against this Cruz Azul team, although it may not be enough to prevent defeat.

We’re predicting a 2-1 winning margin for Cruz Azul when the full-time whistle blows. Looking forward to seeing how this one unfolds. 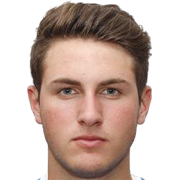 Mostly taking up the Striker position, Santiago Giménez was born in Buenos Aires, Argentina. Having played his first senior match for Cruz Azul in the 2019 - 2020 season, the dangerous Forward has accumulated 4 league goals in this Liga MX (Apertura) 2020 - 2021 campaign to date coming from a total of 15 appearances.

While we have made these predictions for Cruz Azul v Toluca for this match preview with the best of intentions, no profits are guaranteed. Always gamble responsibly, and with what you can afford to lose. Good luck!