Scroll down for all of our predictions, poll and stats for the Universidad Nacional v Cruz Azul game (inc. the best betting odds).

Matches involving Universidad Nacional have often been absorbing affairs of late with plenty of scoring the rule rather than the exception. Over their past 6 games alone, a total of 21 goals have been recorded for both sides combined (at an average of 3.5 goals per game) with 9 of them being chalked up by Universidad Nacional.

Going into this one, Universidad Nacional have not been beaten in their last 2 league matches at home.

Cruz Azul come into this clash following on from a 2-1 Liga MX (Apertura) win with the downing of León in their most recent game.

In a total of 5 of the previous 6 clashes involving Cruz Azul, a minimum of three goals have gone in. The overall average goals scored per match in that time is 4, with the average number of goals for Cruz Azul working out to 1.67. We will have to see whether or not that trend will end up being continued on in this game.

Coming into this contest, Cruz Azul are without an away win for the past 6 league matches.

An examination of their most recent head to head meetings stretching back to 07/12/2020 shows that Universidad Nacional have won 3 of these games & Cruz Azul 2, with the number of drawn matches being 1.

An aggregate of 18 goals were scored between the two sides throughout the course of those matches, with 11 for Pumas and 7 created by La Máquina Azul. That’s an average goals per game of 3.

The Universidad Nacional boss Andres Lillini will be thankful to have no fitness concerns whatsoever ahead of this game with a fully healthy group to pick from.

Looking at these two teams, we feel that Cruz Azul will need to put in a solid display to score against this Universidad Nacional lineup who we reckon will do enough to score at the other end and edge ahead.

We’re therefore seeing a very even match with a 1-0 win for Universidad Nacional at the conclusion of the game. 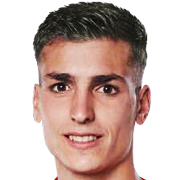 Mostly played in the Striker position, Juan Ignacio Dinenno was born in Argentina. Having made a first senior appearance for Racing Club in the 2013 - 2014 season, the goalscoring Forward has managed 3 league goals in this Liga MX (Clausura) 2021 - 2022 season so far from a total of 13 appearances.

While we have made these predictions for Universidad Nacional v Cruz Azul for this match preview with the best of intentions, no profits are guaranteed. Always gamble responsibly, and with what you can afford to lose. Best of luck.