The KAA Gent v Red Star Belgrade live stream video is set to be broadcast on 23/11/2020 . Fans of both clubs can watch this clash on a live streaming service should the game be featured in the schedule mentioned above. Here we show useful information for watching this Europa League game that includes the most recent team form, head to head meetings and our game views.

To watch this match via other methods, check broadcasters’ listings relating to your country. These broadcasting deals are typically granted on a per-competition/league or even per-fixture basis. For fixures shown live on regional television programmes, check the schedules on channels including BT Sport, Amazon Prime Video, Sky Sports, Now TV, iTV, Canal+, Fox Soccer, ESPN depending on your current location.

Where the abovementioned broadcaster has the rights to the KAA Gent v Red Star Belgrade football live streaming coverage, you’ll be able to view the game on mobile devices (iPhone, Android including Motorola) and PC plus tablet (eg iPad, Huwawei MediaPad).

After the match finishes, we may also link to game highlights from time to time. We aren’t responsible for transmitting any match video content linked to from here. All legal issues must be directed to the hosters/owners of said content.

There is Europa League action scheduled for Thursday when KAA Gent take on Red Star Belgrade.

All of our predictions, stats and the user poll for KAA Gent v Red Star Belgrade are shown below - plus the latest betting odds.

KAA Gent are hoping to win again following the 0-1 First Division A success over Charleroi.

The only player to score from KAA Gent was Osman Bukari (45').

KAA Gent haven’t been able to stop scoring goals, finding the back of the net in each and every one of their last 6 games.

They’ve claimed a sum of 9 during that time and have conceded a total of 10. We will just have to see whether or not that trend can be sustained here.

Red Star Belgrade head into the clash following on from a 0-2 SuperLiga win with the downing of Vojvodina in their most recent fixture.

Demonstrating their involvement in fruitful matches, we’ve seen goals 21 times in the previous 6 games in which Red Star Belgrade have taken to the field, making it a mean average of 3.5 goals for each clash. Opposition teams have got 5 from this total.

The previous league match featuring these sides was Europa League match day 3 on 05/11/2020 which ended up with the score at Red Star Belgrade 2-1 KAA Gent.

On that day, Red Star Belgrade managed 36% possession and 14 attempts on goal with 5 on target. The scorers were Guélor Kanga (12') and Aleksandar Katai (59').

On the other side, KAA Gent got 18 shots at goal with 7 of them on target. Vadis Odjidja-Ofoe (31') was the scorer.

Thanks to a largely available squad, there’s just a single fitness worry for the Red Star Belgrade boss Dejan Stanković to be concerned about. Milan Rodic (Corona virus) won’t be playing here. Sékou Sanogo cannot play in this game through suspension.

Looking at these two teams, we feel that Red Star Belgrade must be fancied to break down this KAA Gent lineup, however it possibly won’t be as many as the goals that they could concede.

We are anticipating a tight encounter finishing with a 2-1 advantage for KAA Gent at the end of the 90 minutes. Hopefully this is a good one. 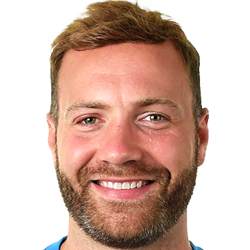 Usually taking to the field in the Striker position, Laurent Depoitre was born in Doornik, Belgium. Having made his senior debut playing for Oostende in the 2013 - 2014 season, the goalscoring Forward has netted 2 league goals in this First Division A 2020 - 2021 campaign so far coming from a total of 9 appearances.

We have made these KAA Gent v Red Star Belgrade predictions for this match preview with the best intentions, but no profits are guaranteed. Please always gamble responsibly, only with money that you can afford to lose. Good luck!

View all of the next (and previous) Europa League predictions & previews here.