Return to this page a few days before the scheduled game when this expired prediction will be updated with our full preview and tips for the next match between these teams.
Full-Time Result Prediction
👉
Crystal Palace to Win

Full predictions, pre-match stats and user poll for Millwall v Crystal Palace are shown on this page including the latest game odds.

Millwall will be hoping for a better result following a 3-2 Championship loss in their previous game against Bristol City.

Millwall have been finding it hard to keep clean sheets recently, although they’ve also found ways to hit the back of the net themselves. Analysis of their previous 6 games shows that Millwall have been punished defensively in 5 of them while also scoring in 6 of those matches.

After being beaten in their last game against West Ham United in Premier League competition, Crystal Palace and their travelling supporters will be hoping that they can get a better result in this one.

In a total of 5 out of the previous 6 clashes featuring Crystal Palace, three or more goals have been hit. The overall average goals scored per match during that time is 3.33, with the average number of goals for Crystal Palace equalling 1.67. That sort of trend won’t necessarily be sustained into this next game, however.

Looking over their prior head-to-head meetings stretching back to 16/10/2010 tells us that Millwall have won 2 of these games and Crystal Palace 1, with the tally of drawn matches standing at 3.

A combined total of 9 goals were yielded between them throughout the course of those matches, with 6 for The Lions and 3 belonging to The Eagles. The average number of goals per game works out to 1.5.

The last league contest featuring the two was Championship match day 42 on 30/04/2013 when the final score was Millwall 0-0 Crystal Palace.

Due to a fully injury-free group ready to go, the Crystal Palace boss Patrick Vieira doesn’t have any fitness worries to speak of before this match.

Our assessment here is that Millwall might need a bit of good fortune to be putting a goal past this Crystal Palace team who we reckon should score at least once to put them ahead.

Therefore, we predict a hard-fought 0-1 advantage for Crystal Palace when the full-time whistle blows. 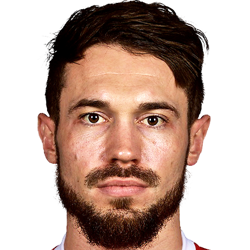 Customarily taking to the field in the Striker position, Tom Bradshaw was born in Shrewsbury, England. After having played his first senior match for Shrewsbury Town in the 2009 - 2010 season, the gifted Forward has managed to score 7 league goals in this Championship 2021 - 2022 campaign so far coming from a total of 14 appearances.

We have made these Millwall v Crystal Palace predictions for this match preview with the best intentions, but no profits are guaranteed. Please always gamble responsibly, only with money that you can afford to lose. Good luck!