CSKA Moscow will be facing the visiting Fakel Voronezh at VEB Arena in this Premier League meeting on Saturday.

Our CSKA Moscow v Fakel Voronezh tips, poll and stats can be seen in full below (inc. the best betting odds).

CSKA Moscow enter this match following on from a 2-2 Premier League drawn game versus Nizhny Novgorod.

Their most recent results really do illustrate the point that quality has been evident in the CSKA Moscow rearguard. CSKA Moscow have been miserly, resulting in the total number of goals that have gone in at their end over the course of their past 6 outings standing at 4. We will have to find out if that trend will end up being continued on into this next match.

In the game prior to this, Fakel Voronezh drew 3-3 in the Premier League match with Dynamo Moscow.

In an otherwise available squad, there’s just the one fitness worry for the Fakel Voronezh gaffer Oleg Vasilenko to be concerned about. Denis Shepilov (Fractured Kneecap) won’t be playing here.

In our opinion, CSKA Moscow look likely to create enough chances to score more than one against Fakel Voronezh, who may well struggle scoring.

Our selection here is for a 2-0 victory for CSKA Moscow when the full-time whistle blows. 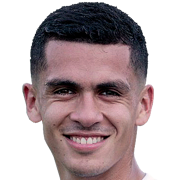 Customarily taking to the field in the Right Wing position, Jesús Medina was born in Asunción, Paraguay. After having made a senior debut playing for New York City FC in the 2018 season, the accomplished Forward has scored 2 league goals in the Premier League 2022 - 2023 campaign to date in a total of 3 appearances.

We have made these CSKA Moscow v Fakel Voronezh predictions for this match preview with the best intentions, but no profits are guaranteed. Please always gamble responsibly, only with money that you can afford to lose. Good luck!