CSKA Moscow will face off against away team FC Krasnodar at VEB Arena in this Premier League tie on Saturday.

Our predictions, user poll and statistics for CSKA Moscow v FC Krasnodar can be found here - along with the latest match odds.

CSKA Moscow prepare for this game following on from a 1-1 Premier League stalemate vs Ufa.

In that game, CSKA Moscow managed 54% possession and 21 attempts on goal with 8 on target. The only player to score for CSKA Moscow was Fyodor Chalov (71'). Ufa had 7 attempts at goal with 3 of them on target. Filip Mrzljak (66') scored for Ufa.

It’s not been often in recent games where CSKA Moscow haven’t conceded. The facts show that Armeytsy have been scored against in 5 of their previous 6 matches, giving up 8 goals during that time. We will just have to find out whether or not that trend will be continued on here.

Analysis of their past results shows that CSKA Moscow:

Following on from a loss in their previous game against Sochi in Premier League action, FC Krasnodar will be aiming to make amends here.

The stats tell the story, and FC Krasnodar have been scored against in 5 of their last 6 matches, seeing opposing sides hit 14 goals overall. Defensively, Byki have some weaknesses to address.

Looking at the statistics for their head to head duels stretching back to 22/04/2018, both clubs have shared the honours with CSKA Moscow winning 2 of those games, FC Krasnodar 2 and 2 being draws in regulation time.

A combined total of 17 goals were scored between them during those clashes, with 8 of them for Armeytsy and 9 belonging to Byki. The average goals per game has been 2.83.

The last league meeting featuring these clubs was Premier League match day 5 on 26/08/2020 when it finished FC Krasnodar 1-1 CSKA Moscow.

The referee was Vladislav Bezborodov.

Due to a fully injury-free squad to pick from, FC Krasnodar manager Viktar Hancharenka has no fitness concerns whatsoever ahead of this clash.

We’re thinking that CSKA Moscow will probably dominate on the ball and be rewarded with decent chances.

At the other end, FC Krasnodar will be up against it to find the back of the net although we do think it’s probable that they will be pulling one back during this clash.

Our selection here is for a comfortable 3-1 win for CSKA Moscow at full-time. 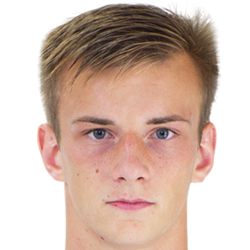 Customarily playing in the Central Attacking Midfielder position, Konstantin Kuchayev was born in Ryazan, Russia. After having played his first senior match for CSKA Moscow in the 2016 - 2017 season, the gifted Midfielder has scored 6 league goals in this Premier League 2020 - 2021 campaign to date in 20 appearances.

We have made these CSKA Moscow v FC Krasnodar predictions for this match preview with the best intentions, but no profits are guaranteed. Please always gamble responsibly, only with money that you can afford to lose. Best of luck.