Lokomotiv Moscow face off with visiting club CSKA Moscow at RZD Arena in the Premier League tie on Saturday.

Scroll down for all of our predictions, poll and stats for the Lokomotiv Moscow v CSKA Moscow game including the latest game odds.

Lokomotiv Moscow will be looking for an improved result here after the 3-2 Premier League loss in their previous game against FC Khimki.

Fixtures featuring Lokomotiv Moscow have tended to be lively affairs recently with high scoring expected. Over their past 6 games, the sum of 20 goals have been scored for both sides combined (at an average of 3.33 goals per game) with 6 of them belonging to Loko.

A look at their previous results shows us that Lokomotiv Moscow:

CSKA Moscow will go into this meeting following a 1-3 Premier League win with the defeat of FC Rostov in their previous game.

The stats don’t lie, and CSKA Moscow have been scored against in 6 of their last 6 games, conceding 10 goals overall. At the back, Armeytsy just haven’t been too solid at all. Nevertheless, it remains to be seen whether such a trend will be replicated in this match or not.

Coming into this meeting, CSKA Moscow haven't won against Lokomotiv Moscow in away games against them for the last 5 matches in the league. Not good.

Checking on their prior head to head meetings dating back to 05/11/2017 shows that Lokomotiv Moscow have won 3 of these & CSKA Moscow 1, with the tally of drawn games standing at 2.

A sum of 12 goals were scored between the two sides during those clashes, with 7 from Loko and 5 created by Armeytsy. The average goals per game has been 2.

The previous league game between these clubs was Premier League match day 9 on 27/09/2020 which finished with the scoreline of CSKA Moscow 0-1 Lokomotiv Moscow.

The match was refereed by Mikhail Vilkov.

We think that Lokomotiv Moscow will have their work cut out to get anything against this CSKA Moscow side who we think should score at least once to gain the upper hand.

We therefore think that it’s going to be a very even match with a 0-1 advantage for CSKA Moscow when the referee blows for full-time. 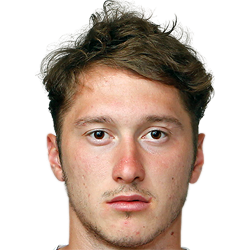 Typically taking up the Centre Midfield position, Anton Miranchuk was born in Russia. Having played his first senior match for Lokomotiv Moscow in the 2016 - 2017 season, the dangerous Midfielder has struck 4 league goals in this Premier League 2020 - 2021 campaign so far in a total of 17 appearances.

We have made these Lokomotiv Moscow v CSKA Moscow predictions for this match preview with the best intentions, but no profits are guaranteed. Please always gamble responsibly, only with money that you can afford to lose. Good luck!