For all of our match predictions, pre-game poll and statistics for Nizhny Novgorod v CSKA Moscow, scroll down - along with the latest match odds.

Nizhny Novgorod will be hoping to return to winning ways here after a 2-3 Premier League losing effort in their last game against Arsenal Tula.

Nizhny Novgorod have been conceding pretty frequently recently, although they have also managed to convert their own chances into goals. Over their last 6 matches, Nizhny Novgorod have been punished defensively in 6 of them while also getting on the scoresheet in 6 of those matches. It will be interesting to see whether or not that trend will end up being sustained in this game.

Coming into this fixture, Nizhny Novgorod haven’t won at home in the past 3 league matches.

CSKA Moscow go into this encounter following on from a 1-0 Premier League win with the eclipse of Spartak Moscow in their last game.

In the course of their 6 previous matches, Aleksei Berezutski's CSKA Moscow have converted 9 times - yielding them the goals scored per game average of 1.5.

CSKA Moscow boss Aleksei Berezutski has to choose from a squad that has some fitness concerns. Viktor Vasin (Pulled hamstring at the adductors), Georgiy Shchennikov (Muscle Injury), Hördur Magnússon (Achilles tendon rupture) and Bruno Fuchs (Muscular problems) are not ready for selection. Anton Zabolotnyi will not be able to play in this game through being suspended.

In our opinion, Nizhny Novgorod will have to play well to break down this CSKA Moscow lineup who we reckon will end up scoring and staying ahead.

Our tip is therefore for a highly competitive game with a 0-1 victory for CSKA Moscow at the end of this game. 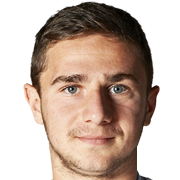 We have made these Nizhny Novgorod v CSKA Moscow predictions for this match preview with the best intentions, but no profits are guaranteed. Please always gamble responsibly, only with money that you can afford to lose. Best of luck.