View all of the Nizhny Novgorod v CSKA Moscow predictions, poll and stats below - along with the latest match odds.

Nizhny Novgorod will be hoping for a better result following a 3-0 Premier League defeat last time out to FC Khimki.

In that game, Nizhny Novgorod managed 51% possession and 8 shots on goal with 2 on target. Khimki had 10 shots at goal with 6 of them on target. Aleksandr Rudenko (62'), Reziuan Mirzov (80') and Aleksandr Dolgov (90') scored for FC Khimki.

Nizhny Novgorod have really struggled up front in more recent games. Their ‘goals for’ figure equals just 4 versus opponents during their previous six fixtures. In those meetings, Nizhny Novgorod have also seen the number of goals against them come to 7.

CSKA Moscow will go into the meeting following on from a 3-0 Premier League win versus Sochi in their last match.

A run of resolute displays by the CSKA Moscow defensive unit has seen their ‘goals against’ tally standing at 4 from their previous 6 clashes combined. During the same time, the number of goals that they have scored themselves is 9. Such a trend isn’t assured to be continued here, however.

The previous league match between the two was Premier League match day 20 on 05/03/2022 when the final score was CSKA Moscow 1-0 Nizhny Novgorod.

That day, CSKA Moscow had 69% possession and 22 shots at goal with 6 on target. Their only player on the scoresheet was Yusuf Yazıcı (96').

For their opponents, Nizhny Novgorod had 2 attempts at goal with 1 of them on target.

The referee was Pavel Kukuyan.

The Nizhny Novgorod manager Mikhail Galaktionov has no fitness concerns whatsoever before this match thanks to a completely healthy group available for selection.

Thanks to a mainly available group, there’s only the lone fitness worry for the CSKA Moscow manager Vladimir Fedotov to be concerned with. Bruno Fuchs (Fitness) misses out for this game.

Here is a game where Nizhny Novgorod will have to perform well to hit the back of the net against this CSKA Moscow side who we reckon will score at least once to put them ahead.

Our tip is therefore for a very competitive game with a 0-1 victory for CSKA Moscow at the end of this game. 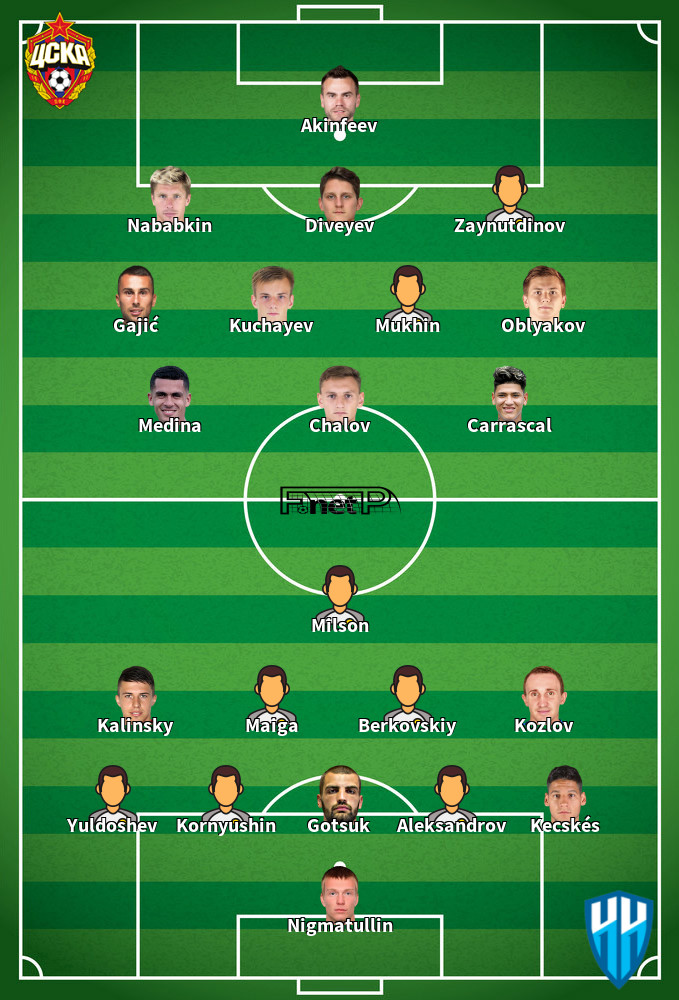 We have made these Nizhny Novgorod v CSKA Moscow predictions for this match preview with the best intentions, but no profits are guaranteed. Please always gamble responsibly, only with money that you can afford to lose. Good luck with your selections.