The Premier League game at VEB Arena on Sunday sees home team CSKA Moscow ready themselves for the visit of Zenit St Petersburg.

Our predictions, user poll and statistics for CSKA Moscow v Zenit St Petersburg can be found here - plus the latest betting odds.

CSKA Moscow go into this match after a 0-0 Premier League drawn match against FC Khimki.

In their last 6 games, Aleksei Berezutski's CSKA Moscow have hit the target a total of 5 times - an average number of goals per match of 0.83.

Looking at their past form shows that CSKA Moscow:

Looking over their past head to head results stretching back to 12/05/2019 shows that these encounters have ended in disappointment for CSKA Moscow. They have not managed to get any victories whatsoever whereas Zenit St Petersburg have been too good for them, winning in 83% of those ties.

A total of 19 goals were shared by the two clubs in these games, with 5 from Armeytsy and 14 being from Sine-Belo-Golubye. That’s an average goals per game figure of 3.17.

The last league game between the two was Premier League match day 6 on 26/08/2021 when it finished Zenit St Petersburg 1-0 CSKA Moscow.

On that day, Zenit St Petersburg had 58% possession and 14 attempts at goal with 6 of them on target. Their only player on the scoresheet was Sardar Azmoun (82').

CSKA Moscow got 10 attempts at goal with 2 of them on target.

The CSKA Moscow boss Aleksei Berezutski will be happy not to have any fitness concerns at all ahead of this clash owing to a completely injury-free squad to pick from.

Due to a fully injury-free squad to choose from, the Zenit St Petersburg boss Sergei Semak does not have any fitness concerns to report before this match.

Our assessment here is that CSKA Moscow will need to put in a solid display to get anything against this Zenit St Petersburg outfit who should do enough to score at the other end and edge ahead.

That’s why we have predicted a narrow 0-1 victory for Zenit St Petersburg at full-time. 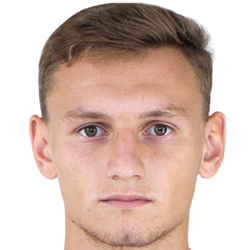 Mostly playing in the Striker position, Fyodor Chalov was born in Moscow, Russia. Having made his senior debut playing for CSKA Moscow in the 2016 - 2017 season, the accomplished Forward has scored a sum of 3 league goals in this Premier League 2021 - 2022 campaign so far in a total of 15 appearances.

We have made these CSKA Moscow v Zenit St Petersburg predictions for this match preview with the best intentions, but no profits are guaranteed. Please always gamble responsibly, only with money that you can afford to lose. Best of luck.