CSKA Sofia will be the visitors at Huvepharma Arena on Monday for the First League game with home team Ludogorets Razgrad.

View all Ludogorets Razgrad v CSKA Sofia tips, stats and our pre-match poll below - along with the latest match odds.

Ludogorets Razgrad will be looking for an improved result here following a 1-0 Europa League defeat last time out to Red Star Belgrade.

In their last 6 games, Stanislav Genchev's Ludogorets Razgrad have celebrated scoring a total of 8 times which gives them an average number of goals scored per match of 1.33.

Going into this encounter, Ludogorets Razgrad haven't been defeated in their previous 8 league matches at home. A very good run at home.

Following on from suffering a loss in their previous game against Bodo Glimt in Conference League competition, CSKA Sofia and their travelling fans will hope for a better result here.

The strike force from CSKA Sofia have been starved of goals over their previous 6 clashes, recording the poor return of only 4. In those fixtures, The Army Men have also seen the overall goal aggregate of their opponents equal 8.

Their past results show that CSKA Sofia:

Looking at the statistics for their head to head duels going back to 11/08/2019, both clubs have shared the honours with Ludogorets Razgrad winning 1 of those games, CSKA Sofia 1 and 4 being draws in regulation time.

A sum of 12 goals were produced between them in this period, with 5 for The Eagles and 7 netted by The Army Men. That’s an average goals per game of 2.

The previous league match between these clubs was First League match day 3 on 12/05/2021 when it ended CSKA Sofia 4-1 Ludogorets Razgrad.

Ludogorets Razgrad had 5 shots on goal with 1 of them on target. Cicinho (59') was the scorer.

The referee was Georgi Kabakov.

The Ludogorets Razgrad manager Stanislav Genchev will be grateful to have no fitness concerns whatsoever coming into this clash owing to a fully injury-free squad ready to go.

Thanks to a fully injury-free group to pick from, the CSKA Sofia manager Stoycho Mladenov has no fitness concerns to speak of ahead of this match.

We’re inclined to think that CSKA Sofia will need to push hard to hit the back of the net against this Ludogorets Razgrad lineup who we reckon should be able to get on the scoresheet themselves in a winning performance.

That’s why we have predicted a hard-fought contest, finishing with a 1-0 win for Ludogorets Razgrad when the full-time whistle blows. 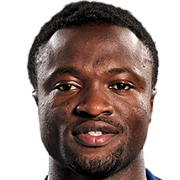 Normally playing in the Right Wing position, Bernard Tekpetey was born in Accra, Ghana. Having played his first senior match for Schalke in the 2016 - 2017 season, the gifted Forward has managed 5 league goals in this First League 2021 - 2022 season so far coming from a total of 13 appearances.

We have made these Ludogorets Razgrad v CSKA Sofia predictions for this match preview with the best intentions, but no profits are guaranteed. Please always gamble responsibly, only with money that you can afford to lose. Best of luck.