To see all of our predictions, user poll & stats for St. Patrick's Athletic v CSKA Sofia, scroll down - as well as the best betting odds.

St. Patrick's Athletic, buoyed by their previous result, will be hoping for more of the same after a 0-1 Conference League Qualifiers success against CSKA Sofia.

The only scorer from St. Patrick's Athletic was Serge Atakayi (87').

Over their past six games, Tim Clancy's St. Patrick's Athletic have hit the back of the net a total of 8 times which gives them an average number of goals scored per match of 1.33.

A run of dependable performances by the CSKA Sofia defence has resulted in their ‘goals against’ tally amounting to 3 from their past 6 clashes in total. Over that same time, the number of goals that they have scored themselves is 11. That kind of trend won’t necessarily be sustained into this match, however.

The St. Patrick's Athletic boss Tim Clancy will be happy not to have any fitness worries to speak of coming into this clash owing to a fully healthy group available to choose from.

Thanks to a fully healthy group available for selection, the CSKA Sofia boss Saša Ilić has no fitness worries at all coming into this game.

Our thinking is that St. Patrick's Athletic will have to work hard as a team to find the net against this CSKA Sofia side who we think might score at least once to put them ahead.

We therefore see a good battle with a 0-1 winning score for CSKA Sofia when the referee blows for full-time. 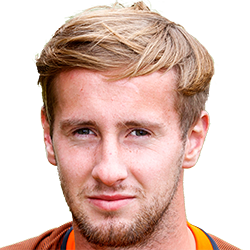 Regularly taking to the field in the Right Wing position, Billy King was born in Edinburgh, Scotland. After having played his first senior match for Hearts in the 2012 - 2013 season, the accomplished Forward has hit 4 league goals in this Premier Division 2022 season so far coming from a total of 21 appearances.

While we have made these predictions for St. Patrick's Athletic v CSKA Sofia for this match preview with the best of intentions, no profits are guaranteed. Always gamble responsibly, and with what you can afford to lose. We wish you the best of luck.