This Goias v Cuiabá live stream video is ready to be broadcast on 25/06/2022. Supporters of the teams can watch the game on a live streaming service should the game be included in the schedule referenced above. Here we give useful info for watching this Serie A game that includes the most recent team form, h2h meetings and our match tips.

In order to watch this game using alternative ways, search for broadcasters’ schedules in your country. These broadcasting rights are usually distributed on a per-competition/league or even per-game basis. For matches shown live on regional television programmes, check the listings on stations like BT Sport, Amazon Prime Video, Sky Sports, Now TV, iTV, Canal+, Fox Soccer, ESPN relevant to your location.

When the abovementioned broadcaster indicates that they have the Goias v Cuiabá soccer live streaming service, you’ll be able to view it on your mobile (iPhone, Android including OnePlus) and PC as well as tablet (eg iPad, Huawei MediaPad).

After the match finishes, we may also provide a link to game highlights from time to time. We aren’t responsible for transmitting any game video content linked to from this site. All legal complaints must be directed to the hosters/owners of such content.

The Serie A clash at Estádio Hailé Pinheiro on Sunday will see hosts Goias fighting it out with Cuiabá.

Goias head into this game after a 0-0 Copa do Brasil drawn game against Atlético Goianiense.

It’s been a rare occasion in recent times that Goias have managed to hold out for a full 90 minutes. The reality is that Goias have seen their defence breached in 5 of their previous 6 matches, letting in 6 goals along the way. We will just have to find out whether or not that trend will be continued on here.

In their last game, Cuiabá drew 0-0 in the Serie A tie with Ceará.

In that match, Cuiabá managed 46% possession and 14 attempts at goal with 1 on target. At the other end, Ceará got 8 shots on goal with 1 of them on target.

Over the course of 5 of the prior six games involving Cuiabá, a notably low volume of goals have gone in between them and opposing teams. The overall average number of goals per game during that period comes to just 1.5, with the number of goals averaged by Cuiabá standing at 0.5.

Going into this one, Cuiabá haven’t won away from home in the past 4 league games.

The Goias boss Jair Ventura has no fitness worries whatsoever coming into this game owing to a fully injury-free squad ready to go.

Due to a completely injury-free squad to pick from, the Cuiabá boss António Oliveira has no fitness concerns whatsoever coming into this game.

We’ve got the feeling that Cuiabá are likely to find the back of the net against this Goias outfit, but that might not be as many as the goals that they could concede.

We think that it’s going to be a very close game with a 2-1 advantage for Goias by the conclusion of the game. We’ll have to see what happens. 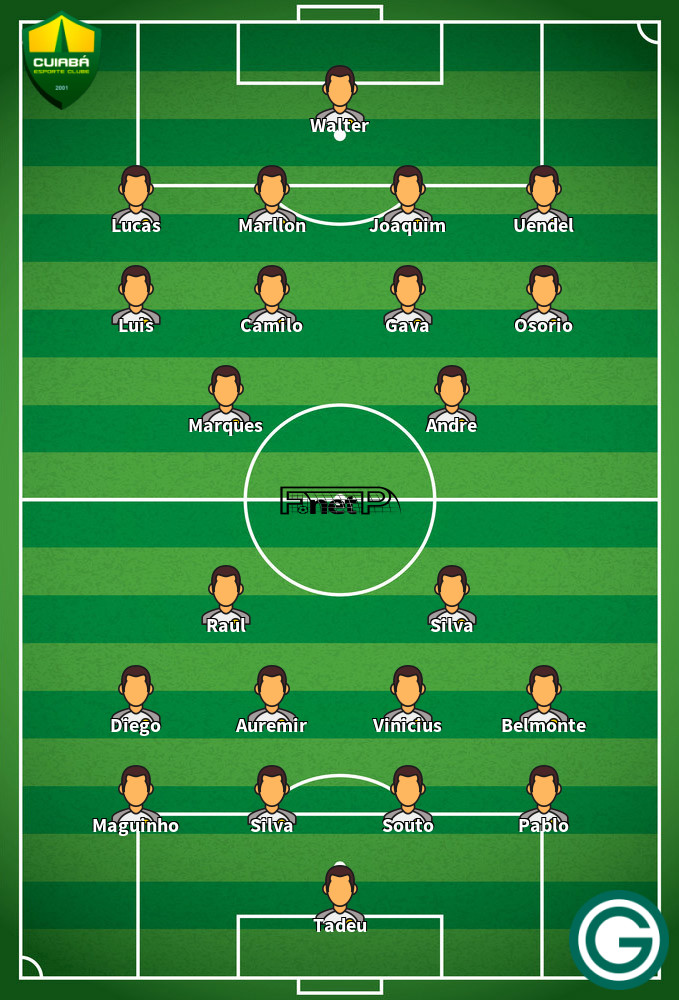 Typically deployed in the Striker position, Pedro Raúl was born in Porto Alegre, Brazil. After making a first senior appearance for Botafogo in the 2020 season, the skilful Forward has scored a sum of 6 league goals in the Série A 2022 season to date in 11 appearances.

While we have made these predictions for Goias v Cuiabá for this match preview with the best of intentions, no profits are guaranteed. Always gamble responsibly, and with what you can afford to lose. Best of luck.

⚽️ Where can I find the predictions for other Serie A games?

Look at all of the next (and previous) Serie A predictions & previews here.