Return to this page a few days before the scheduled game when this expired prediction will be updated with our full preview and tips for the next match between these teams.
Full-Time Result Prediction
👉
Juventude to Win

Cuiabá journey to Estádio Alfredo Jaconi on Saturday for the Serie A meeting with home side Juventude.

Our full set of predictions, statistics and match poll for Juventude v Cuiabá can be seen below (including the best match odds).

Juventude will play in this fixture following a 1-1 Serie A drawn game against Corinthians.

In that game, Juventude had 41% possession and 12 attempts at goal with 7 on target. The only player on the scoresheet for Juventude was Ricardo Bueno (32'). Corinthians had 11 shots on goal with 2 on target. Róger Guedes (85') was the scorer for Corinthians.

Juventude have been conceding pretty frequently of late, but they’ve also found ways to hit the back of the net themselves. Analysis of their previous 6 games shows that Juventude have seen their goal breached in 6 of them as well as managing to get on the scoresheet in 6 of those games.

Cuiabá go into this encounter following on from a 2-1 Serie A win as they beat Santos in their most recent game.

In that match, Cuiabá managed 36% possession and 14 shots at goal with 5 on target. For Cuiabá, goals were scored by Jonathan Cafú (4') and Élton (88'). At the other end, Santos had 18 attempts at goal with 5 of them on target. Gabriel Pirani (64') was the scorer for Santos.

Over the course of 5 of the past six games involving Cuiabá, a notably low volume of goals have been scored between them and their opposition. The overall average goals scored per game within that period works out to a paltry 1.5, with the number of goals averaged by Cuiabá being 1. That sort of pattern won’t necessarily be carried forward here, however.

Going into this contest, Cuiabá have not been beaten in their last 8 league matches away from home. They've been so good on the road.

The previous league contest featuring the two was Serie A match day 1 on 29/05/2021 which finished with the scoreline of Cuiabá 2-2 Juventude.

For their opponents, Juventude had 7 attempts at goal with 3 on target. Wescley (43') and Matheus Peixoto (45') scored.

The Juventude boss Marquinhos Santos will be grateful to have no fitness worries whatsoever coming into this match thanks to a completely injury-free squad to pick from.

Due to a fully injury-free group available to choose from, the Cuiabá boss Jorge Jorginho doesn’t have any fitness concerns to report ahead of this match.

We envisage that Cuiabá should have enough to breach the defence of this Juventude side, however it probably won’t be as many as the goals that they could concede.

We reckon that it will be a close game with a 2-1 victory for Juventude when all is said and done. We’ll have to see what happens. 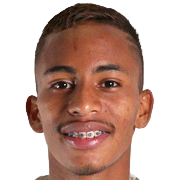 Mostly deployed in the Right Wing position, Paulinho Bóia was born in Brasília, Brazil. After making a first senior appearance for São Paulo in the 2018 season, the gifted Forward has contributed 2 league goals in this Série A 2021 season so far in a total of 12 appearances.

We have made these Juventude v Cuiabá predictions for this match preview with the best intentions, but no profits are guaranteed. Please always gamble responsibly, only with money that you can afford to lose. Best of luck with your selections.