The Serie A fixture at Estádio Urbano Caldeira on Sunday will see home side Santos taking on opponents Cuiabá.

Santos, who won their previous game, will hope for a similar result following a 0-1 Copa Sudamericana triumph against Universidad Católica.

It has been seldom in recent times that Santos have kept a clean sheet. It will be a concern for them that Santos have been scored against in 5 of their previous 6 games, leaking 7 goals along the way.

Following on from being beaten in their last game against Racing Club in Copa Sudamericana competition, Cuiabá and their fans will hope to get a better result this time.

The numbers tell their own story, and Cuiabá have been scored against in 5 of their last 6 games, letting opponents get 7 goals in all. At the back, Cuiabá have clearly had some problems. We will just have to see whether or not that trend will end up being continued on in this game.

Going into this encounter, Cuiabá are undefeated in their last 3 away league matches.

The last league game between these clubs was Serie A match day 38 on 10/12/2021 which finished with the scoreline of Santos 1-1 Cuiabá.

For their opponents, Cuiabá got 8 attempts at goal with 3 on target. Marllon (16') scored.

The Santos manager Fabián Bustos will be grateful to have no fitness concerns whatsoever coming into this match owing to a fully healthy group available to choose from.

With a completely healthy squad available to select from, the Cuiabá boss Luís Pintado has zero fitness concerns whatsoever before this clash.

We’re of the thinking that Cuiabá seem most likely to make use of a 4-4-2 system, starting Walter, Daniel Guedes, Marllon, Alan Empereur, Uendel, Everton, Marcao, Pepê, Valdivia, Marquinhos and Elton.

Cuiabá are likely to get a goal against this Santos outfit, but it probably won’t quite prevent them from conceding a couple at the other end.

We can see a 2-1 win for Santos at the end of the match. Looking forward to seeing how this one unfolds. 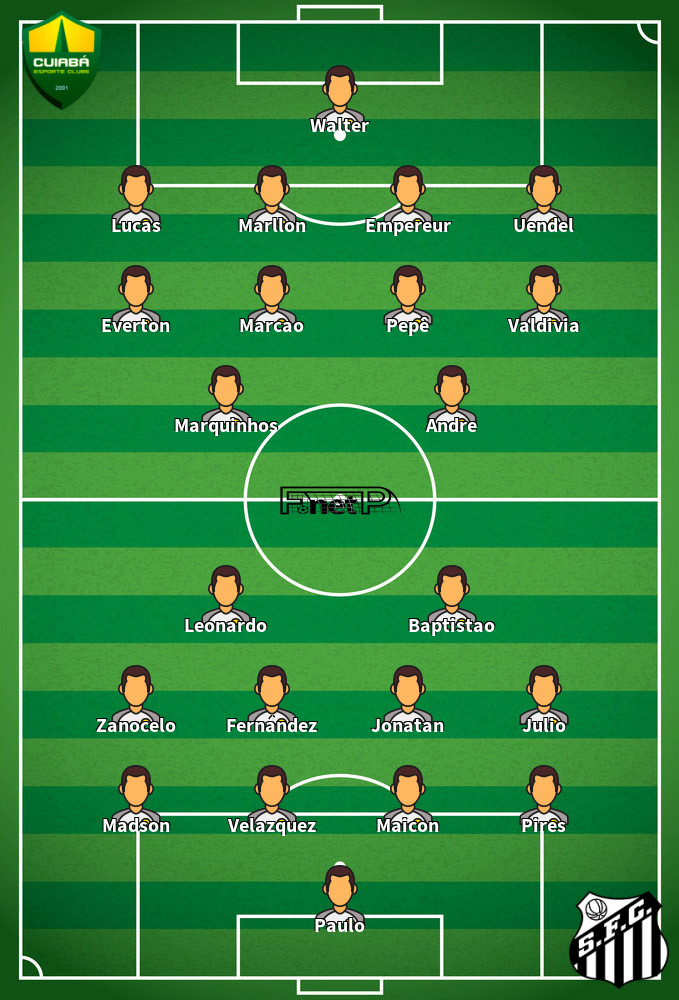 Usually played in the Centre Midfield position, Vinícius Zanocelo was born in Santo André, Brazil. Having made a first senior appearance for Santos in the 2021 season, the goalscoring Midfielder has managed to score 2 league goals in the Série A 2022 campaign so far coming from a total of 4 appearances.

While we have made these predictions for Santos v Cuiabá for this match preview with the best of intentions, no profits are guaranteed. Always gamble responsibly, and with what you can afford to lose. Good luck!