Return to this page a few days before the scheduled game when this expired prediction will be updated with our full preview and tips for the next match between these teams.
Full-Time Result Prediction
👉
Cuiabá to Win

Sport Recife head to Arena Pantanal on Thursday for the Serie A showdown with home side Cuiabá.

Full predictions, pre-match stats and user poll for Cuiabá v Sport Recife are shown on this page (including the best match odds).

Cuiabá will play in this game following on from a 0-0 Serie A draw against São Paulo.

In that game, Cuiabá had 35% possession and 15 attempts on goal with 6 on target. São Paulo had 9 attempts at goal with 2 on target.

Over their past 6 fixtures, Jorge Jorginho's Cuiabá have celebrated scoring a combined total of 6 times which gives them an average number of goals scored per match equal to 1.

Going into this one, Cuiabá are without a home win in the past 3 matches in the league.

Sport Recife go into this game following on from a 1-0 Serie A win in the defeat of Corinthians in their most recent game.

The stats don’t lie, and Sport Recife have been scored against in 5 of their last 6 matches, letting opponents get 7 goals in total. In defence, Sport Recife just haven’t been too solid at all.

The previous league meeting between the two was Serie A match day 7 on 27/06/2021 and the score finished Sport Recife 0-0 Cuiabá.

In that match, Sport Recife managed 45% possession and 8 attempts on goal with 1 on target.

For their opponents, Cuiabá had 12 shots at goal with 3 on target.

The Cuiabá boss Jorge Jorginho will be grateful to have no fitness worries to speak of coming into this game thanks to a fully healthy group ready to go.

With a completely injury-free group available to choose from, the Sport Recife manager Gustavo Florentín has zero fitness concerns whatsoever before this clash.

It’s looking like Sport Recife will have a tough assignment to get a goal against a Cuiabá lineup who have all the attributes to win well here.

We reckon that it will be a commanding 3-0 winning margin for Cuiabá after 90 minutes. 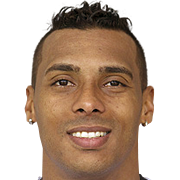 Typically taking to the field in the Striker position, Élton was born in Iramaia, Brazil. Having played his first senior match for São Caetano in the 2005 season, the talented Forward has scored 6 league goals in the Série A 2021 campaign to date coming from a total of 19 appearances.

We have made these Cuiabá v Sport Recife predictions for this match preview with the best intentions, but no profits are guaranteed. Please always gamble responsibly, only with money that you can afford to lose. Good luck with your selections.