Nuremberg will visit Merck-Stadion am Böllenfalltor on Saturday for the Bundesliga 2 showdown with hosts Darmstadt.

Scroll down for all of our predictions, poll and stats for the Darmstadt v Nuremberg game - as well as up-to-date odds.

Darmstadt will play in this game after a 3-3 Bundesliga 2 stalemate versus Kaiserslautern.

In that match, Darmstadt had 54% possession and 9 shots at goal with 4 on target. For Darmstadt, the scorers were Tobias Kempe (45'), Phillip Tietz (49') and Aaron Seydel (91'). On the other side, Kaiserslautern got 13 attempts on goal with 8 of them on target. Kenny Prince Redondo (74', 87') and Mike Wunderlich (77') scored for Kaiserslautern.

Darmstadt haven’t had any problems with scoring, finding the back of the net in one hundred percent of their last 6 matches.

They’ve managed to rack up 13 during that time and have conceded a total of 7.

Their previous form shows that Darmstadt:

Nuremberg come into this meeting following on from a 1-0 Bundesliga 2 win with the defeat of Arminia Bielefeld in their last outing.

In that match, Nuremberg had 66% possession and 18 shots at goal with 6 on target. The only player to score for Nuremberg was Lino Tempelmann (90'). For their opponents, Arminia Bielefeld had 6 attempts on goal with 3 of them on target.

During their six previous matches, Robert Klauß's Nuremberg have fired home a total of 5 times therefore giving them a goals per game average of 0.83.

Checking on their most recent head-to-head meetings going back to 15/09/2019 tells us that Darmstadt have won 3 of these games and Nuremberg 2, with the number of draws standing at 1.

The last league contest featuring the two was Bundesliga 2 match day 29 on 09/04/2022 when the final score was Nuremberg 3-1 Darmstadt.

On that occasion, Nuremberg managed 45% possession and 15 shots at goal with 4 on target. The scorers were Nikola Dovedan (43') and Lukas Schleimer (82').

We envisage that Nuremberg should be able to find the net against this Darmstadt team, although it probably shouldn’t be as many as they will have scored against them.

We are anticipating both teams to score in a 2-1 winning margin for Darmstadt at full-time. There shouldn’t be much in it, either way. 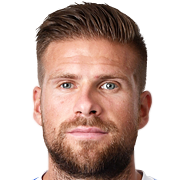 Generally taking up the Centre Midfield position, Tobias Kempe was born in Wesel , Germany. After having made a senior debut playing for SV Werder Bremen II in the 2008 - 2009 season, the accomplished Midfielder has bagged 2 league goals in this 2. Bundesliga 2022 - 2023 season so far from a total of 8 appearances.

We have made these Darmstadt v Nuremberg predictions for this match preview with the best intentions, but no profits are guaranteed. Please always gamble responsibly, only with money that you can afford to lose. Best of luck with your selections.