Our D.C. United v New York City FC tips, poll and stats can be seen in full below (including the best match odds).

A common theme in more recent D.C. United games is seeing a zero in the scoreline.

Taking their prior sextet of clashes before this one, in as many as 5 of them a bet on "Both Teams to Score" would've been a losing one. However, we will just have to wait and see whether the trend might persist here in this game.

New York City FC go into this game following a 2-0 MLS win against Columbus Crew in their previous fixture.

With their forward play coming to the fore of late, New York City FC have helped themselves to a surfeit of goals over their last 6 games (19 in all). That’s given them an ominous mean average of 3.17 goals scored per match during this time.

Inspecting their past head-to-head clashes dating back to 21/04/2019 shows that D.C. United have won 1 of these games and New York City FC 4, with the number of drawn games standing at 1.

A combined sum of 19 goals were yielded between them in this period, with 4 from Black-and-Red and 15 belonging to The Pigeons. That’s an average goals per game figure of 3.17.

The referee was Joe Dickerson.

The D.C. United manager Hernán Losada will be grateful to have no fitness worries to speak of coming into this clash with a fully injury-free squad ready to go.

Thanks to a largely healthy group of players, there is just the sole fitness problem for the New York City FC manager Ronny Deila to contend with. Anton Tinnerholm (Achilles tendon rupture) won’t be in action.

Here is a game where D.C. United could find themselves struggling to score goals against this New York City FC outfit who we reckon will manage to score & go ahead.

We’re therefore anticipating a very competitive encounter with a 0-1 victory for New York City FC at the end of this game. 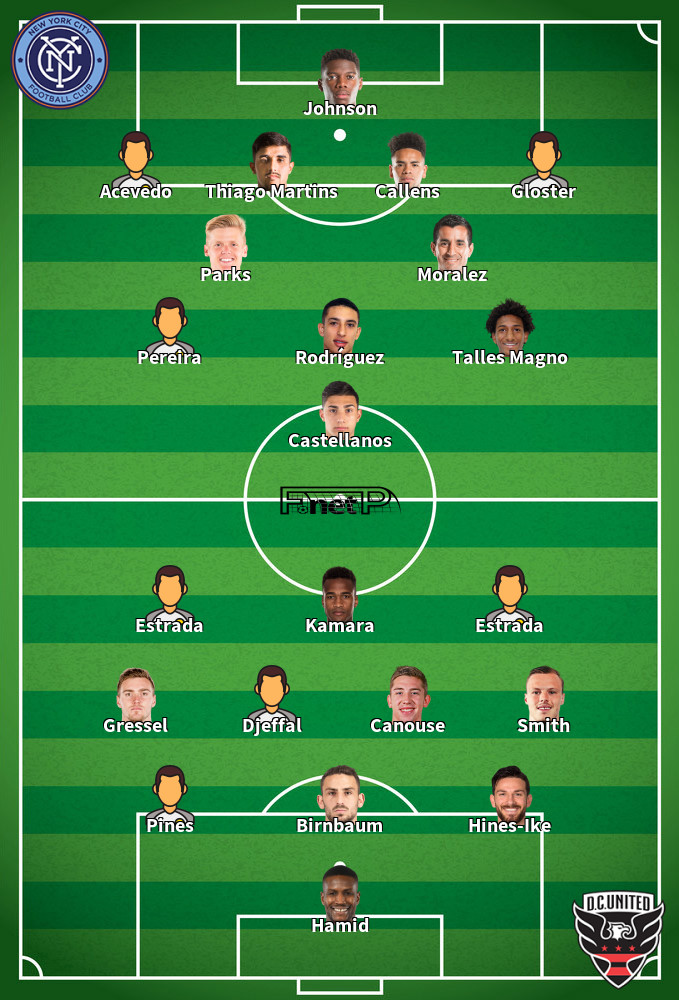 We have made these D.C. United v New York City FC predictions for this match preview with the best intentions, but no profits are guaranteed. Please always gamble responsibly, only with money that you can afford to lose.