De Graafschap face a new test on Friday as they get ready for this approaching Eerste Divisie Play-offs fixture versus FC Eindhoven.

Our FC Eindhoven v De Graafschap predictions, statistics and match poll can be seen below including the latest game odds.

The only name on the scoresheet from FC Eindhoven was Joey Sleegers (12'). Danzell Gravenberch (73') scored for De Graafschap.

FC Eindhoven haven’t had any problems with scoring, netting in each and every one of their last 6 matches.

They’ve managed to rack up 9 during that time and have conceded a total of 7.

The numbers tell their own story, and De Graafschap have been scored against in 5 of their last 6 games, seeing opposing sides hit 8 goals in all. Defensively, De Graafschap could really do with shoring things up. Let’s find out whether or not that trend can be sustained here.

A review of their most recent head to head clashes dating back to 31/01/2020 tells us that FC Eindhoven have won 1 of them & De Graafschap 2, with the number of drawn results being 3.

A sum of 13 goals were scored between the two sides in these games, with 6 of them from FC Eindhoven and 7 belonging to Superboeren. That is an average goals per game value of 2.17.

Out of a mainly healthy group, there’s just a single fitness problem for the De Graafschap gaffer Jan Vreman to be concerned with. Hicham Acheffay (Knock) won’t be playing here.

Our assessment is that De Graafschap would be disappointed if they were not to get a goal against this FC Eindhoven team, however it probably won’t quite be as many as they’ll concede.

We can see a 2-1 winning score for FC Eindhoven at the end of the match. Hopefully this is a good one. 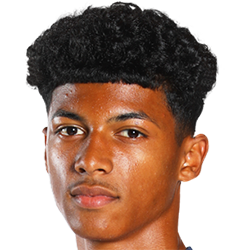 Customarily used in the Striker position, Charles-Andreas Brym was born in Colombes, France. After having played his first senior match for Belenenses in the 2019 - 2020 season, the skilful Forward has struck 8 league goals in this Eerste Divisie 2021 - 2022 campaign to date in a total of 26 appearances.

While we have made these predictions for FC Eindhoven v De Graafschap for this match preview with the best of intentions, no profits are guaranteed. Always gamble responsibly, and with what you can afford to lose. Best of luck.