FC Oss come up against away side De Graafschap at Frans Heesenstadion in the Eerste Divisie game on Friday.

To see all of our predictions, user poll & stats for FC Oss v De Graafschap, scroll down - plus the latest betting odds.

FC Oss will be looking for an improved result here following a 2-3 Eerste Divisie loss in their previous game against FC Volendam.

Matches featuring FC Oss have tended to be engaging affairs of late with plenty of scoring being a common characteristic. Over their past 6 games, a grand total of 20 goals have flown in for both sides combined (at an average of 3.33 goals per game) with 8 of these belonging to FC Oss.

In the game prior to this, De Graafschap drew 2-2 in the Eerste Divisie match with Jong Utrecht.

In that match, De Graafschap had 64% possession and 24 attempts at goal with 8 on target. For De Graafschap, the goals were scored by Rick Dekker (39'), Jeffry Fortes (51' Own goal) and Philip Brittijn (95'). Jong Utrecht got 6 shots on goal with 2 on target. Derensili Sanches Fernandes (87') was the scorer for Jong Utrecht.

Reinier Robbemond's De Graafschap have slotted home 10 times throughout their previous 6 matches. The total of goals that have been scored against them during that period equals 8.

Coming into this contest, De Graafschap remain unbeaten by FC Oss when they have played them away from home in the previous 3 matches in the league.

Looking over their past head-to-head meetings stretching back to 05/05/2017 shows that FC Oss have won 1 of them & De Graafschap 3, with the number of drawn results being 2.

A sum of 15 goals were produced between them during those clashes, with 5 of them from TOP Oss and 10 belonging to Superboeren. That’s an average goals per game of 2.5.

The last league contest between the two was Eerste Divisie match day 22 on 29/01/2021 and the score finished De Graafschap 2-1 FC Oss.

It’s a low absenteeism rate, with just a single fitness concern for the FC Oss gaffer Bob Peeters to contend with thanks to an otherwise robust group of players. Roshon van Eijma (Achilles tendon problems) is sidelined.

We’re inclined to think that FC Oss are dangerous enough to find the net against this De Graafschap outfit, however a single goal possibly won’t be good enough.

We’ve gone for a tight encounter finishing with a 1-2 advantage for De Graafschap at the end of this one. Should be a good one. 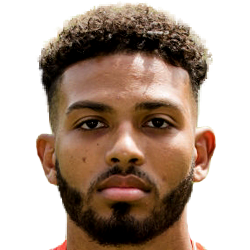 Regularly deployed in the Centre Midfield position, Joshua Sanches was born in Netherlands. Having made his senior debut playing for Sparta Rotterdam in the 2018 - 2019 season, the gifted Midfielder has netted 2 league goals in the Eerste Divisie 2021 - 2022 campaign to date in 8 appearances.

While we have made these predictions for FC Oss v De Graafschap for this match preview with the best of intentions, no profits are guaranteed. Always gamble responsibly, and with what you can afford to lose. We wish you the best of luck.