VVV-Venlo will be visiting Stadion De Vijverberg on Sunday for the Eerste Divisie fixture with home side De Graafschap.

Our full set of predictions, statistics and match poll for De Graafschap v VVV-Venlo can be seen below - plus the latest betting odds.

De Graafschap will want to continue from where they left off last time out with the 0-2 Eerste Divisie triumph vs Jong Utrecht.

Over their preceding six games, Reinier Robbemond's De Graafschap have found the net a combined total of 11 times resulting in an average number of goals scored per match of 1.83.

Ahead of this meeting, De Graafschap haven’t won at home in the past 3 league games.

Following on from being defeated in their last game at the hands of FC Oss in Eerste Divisie action, VVV-Venlo and their travelling supporters will be hoping that they can get a better result in this one.

During their six most recent matches, Jos Luhukay's VVV-Venlo have converted a total of 8 times therefore earning them a goals per game average of 1.33.

Their previous form shows that VVV-Venlo:

An examination of their past head-to-head meetings stretching back to 17/02/2015 tells us that De Graafschap have won 1 of them and VVV-Venlo 4, with the number of drawn games standing at 1.

A sum of 20 goals were produced between them in this period, with 6 of them for Superboeren and 14 coming from Venlose trots. This gives an average number of goals per game equal to 3.33.

The last league game featuring the two was Eerste Divisie match day 12 on 22/10/2021 when the final score was VVV-Venlo 1-2 De Graafschap.

In that game, VVV-Venlo had 55% possession and 12 shots at goal with 5 of them on target. Their only player on the scoresheet was Sven Braken (57').

The referee was Martin Perez.

With a completely healthy group ready to go, the VVV-Venlo boss Jos Luhukay does not have any fitness concerns whatsoever ahead of this game.

It seems to us that VVV-Venlo could really find it hard to be getting goals against a De Graafschap side who have the quality to control most aspects of this game.

We’re tipping a commanding 3-0 winning scoreline for De Graafschap at the end of the game. 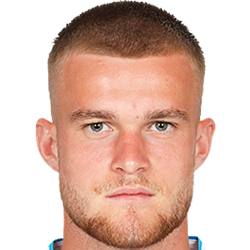 Normally played in the Striker position, Joey Konings was born in Heesch, Netherlands. After having made a senior debut playing for Jong PSV in the 2015 - 2016 season, the gifted Forward has got 6 league goals in this Eerste Divisie 2021 - 2022 campaign to date from a total of 18 appearances.

We have made these De Graafschap v VVV-Venlo predictions for this match preview with the best intentions, but no profits are guaranteed. Please always gamble responsibly, only with money that you can afford to lose. Best of luck with your selections.