Return to this page a few days before the scheduled game when this expired prediction will be updated with our full preview and tips for the next match between these teams.
Diósgyõri VTK are the guests at Nagyerdei Stadion on Sunday for the Nemzeti Bajnokság I game with home team Debreceni VSC. View all of the Debreceni VSC v Diósgyõri VTK predictions, poll and stats below - along with the latest match odds.

It has been a rare occasion in recent games that Debreceni VSC have managed to hold out for a full 90 minutes. It will be a concern for them that Loki have been scored against in 6 of their previous 6 games, letting in 12 goals during that time.

Leading up to this clash, Debreceni VSC:

The strike force from Diósgyõri VTK have made hard work of scoring goals over their previous 6 clashes, recording the poor return of just 4. In those fixtures, DVTK have also seen the collective goal tally of their opponents equal 10. We will find out whether or not that trend will be sustained in this game.

A look at their most recent head to head clashes stretching back to 12/05/2018 shows that Debreceni VSC have won 5 of these games & Diósgyõri VTK 1, with the number of draws being 0.

A combined sum of 13 goals were produced between them in these games, with 9 from Loki and 4 created by DVTK. That’s an average goals per game figure of 2.17.

The previous league clash between these sides was Nemzeti Bajnokság I match day 20 on 08/02/2020 which ended up with the score at Diósgyõri VTK 1-2 Debreceni VSC. The referee was Zoltán Iványi.

Debreceni VSC boss Elemér Kondás will be grateful not to have any fitness concerns at all ahead of this game with a completely healthy squad available to choose from.

Due to a completely injury-free squad to choose from, Diósgyõri VTK boss Tamás Feczkó does not have any fitness worries to speak of before this game.

In this game, Diósgyõri VTK have enough to find the net against this Debreceni VSC lineup, although that possibly won’t be as many as they’ll concede. We’re expecting a 2-1 win for Debreceni VSC when the full-time whistle blows. Definitely a tough call. 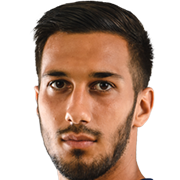 Mostly playing in the Striker position, Márk Szécsi was born in Debrecen, Hungary. After having made a senior debut playing for Debreceni VSC in the 2012 - 2013 season, the goalscoring Forward has managed 7 league goals in the Nemzeti Bajnokság I 2019 - 2020 season to date in 28 appearances.

While we have made these predictions for Debreceni VSC v Diósgyõri VTK for this match preview with the best of intentions, no profits are guaranteed. Always gamble responsibly, and with what you can afford to lose. Good luck with your selections.