Debreceni VSC face off with the visiting Paksi SE at Nagyerdei Stadion in this Nemzeti Bajnokság I tie on Sunday.

Our tips, poll and stats for Debreceni VSC v Paksi SE can all be found here (plus the best game odds).

Debreceni VSC will be looking to improve on their last outing here following a 3-1 Nemzeti Bajnokság I loss in their previous game against Újpest FC.

Matches featuring Debreceni VSC have often been engaging encounters lately with high scoring being a common characteristic. Over their past half dozen games, a total of 20 goals have flown in for both sides combined (at an average of 3.33 goals per game) with 8 of them belonging to Debreceni VSC. Historical results aside, we must now wait to see whether that pattern will be replicated in this match.

Paksi SE go into this game following a 4-1 Nemzeti Bajnokság I win to beat Puskás Akadémia in their most recent fixture.

The numbers tell their own story, and Paksi SE have been scored against in 6 of their last 6 matches, letting opponents get 12 goals in total. In defence, Paksi SE seem to have a bit of a soft underbelly.

Analysis of their past results shows that Paksi SE:

Looking at the statistics for their head to head meetings stretching back to 23/02/2019, it’s been all-even between these two clubs with Debreceni VSC winning 2 of those games, Paksi SE 2 and 2 being drawn in regulation time.

The last league game between these clubs was Nemzeti Bajnokság I match day 3 on 14/08/2021 which ended up with the score at Paksi SE 3-3 Debreceni VSC.

The match was refereed by Péter Zierkelbach.

The Debreceni VSC boss Joan Carrillo has a full complement, with no fitness worries to speak of ahead of this match owing to a fully healthy squad available for selection.

With a fully healthy squad available to select from, the Paksi SE boss György Bognár doesn’t have any fitness worries to report coming into this game.

For this match, we think that Debreceni VSC are dangerous enough to breach the defence of this Paksi SE side, although one goal might not quite be enough to avoid defeat.

Our selection here is for a narrow 1-2 victory for Paksi SE at the end of the match. Hopefully this is a good one. 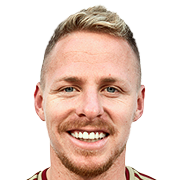 Regularly played in the Left Attacking Midfielder position, Balázs Dzsudzsák was born in Nyírlugos, Hungary. After making a first senior appearance for Debreceni VSC in the 2004 - 2005 season, the talented Midfielder has netted 5 league goals in this Nemzeti Bajnokság I 2021 - 2022 season to date from a total of 11 appearances.

We have made these Debreceni VSC v Paksi SE predictions for this match preview with the best intentions, but no profits are guaranteed. Please always gamble responsibly, only with money that you can afford to lose. Good luck if you do place a bet today.