Return to this page a few days before the scheduled game when this expired prediction will be updated with our full preview and tips for the next match between these teams.
Full-Time Result Prediction
👉
Újpest FC to Win

All of our predictions, stats and the user poll for Újpest FC v Debreceni VSC are shown below - plus the latest betting odds.

Újpest FC will be looking to improve on their last outing here after the 2-1 Nemzeti Bajnokság I defeat in their last game at the hands of Puskás Akadémia.

The only name on the scoresheet from Újpest FC was Giorgi Beridze (97'). Alexandru Băluță (50') and Libor Kozák (90') scored for Puskás Akadémia.

Michael Oenning's Újpest FC have scored a sum total of 6 times over their prior six outings. The comparative tally of goals that they have conceded in that same time amounts to 10.

Going into this encounter, Újpest FC have not lost a league tie with Debreceni VSC in their last 2 matches.

Debreceni VSC will go into this meeting after a 5-3 Nemzeti Bajnokság I win over Budapest Honvéd FC in their last game.

The stats tell the story, and Debreceni VSC have been scored against in 6 of their last 6 matches, seeing their opponents hit 11 goals in all. In defence, Debreceni VSC have clearly had some problems. That sort of trend isn’t assured to be carried forward here, however.

Analysis of their past results shows that Debreceni VSC:

Looking at their most recent head to head meetings stretching back to 02/02/2019 shows that Újpest FC have won 2 of them and Debreceni VSC 1, with the tally of drawn games standing at 3.

In all, 19 goals were shared by the two clubs in these games, with 9 of them from Lilák and 10 being from Loki. That is an average goals per game value of 3.17.

The last league encounter featuring these clubs was Nemzeti Bajnokság I match day 2 on 08/08/2021 when it finished Debreceni VSC 2-2 Újpest FC.

The Újpest FC manager Michael Oenning has a full complement, with no fitness worries to speak of coming into this clash thanks to a fully injury-free group to pick from.

With a completely healthy group to choose from, the Debreceni VSC boss Szabolcs Huszti does not have any fitness concerns whatsoever before this clash.

We believe that Debreceni VSC have the capability to score against this Újpest FC team, however it realistically won’t be enough to avoid a loss.

We’re going for a close game with a 2-1 advantage for Újpest FC when the full-time whistle blows. 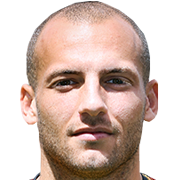 Regularly used in the Central Attacking Midfielder position, Yohan Croizet was born in Sarrebourg, France. After making a first senior appearance for FC Metz in the 2011 - 2012 season, the skilful Midfielder has netted 2 league goals in the Nemzeti Bajnokság I 2021 - 2022 season to date in a total of 9 appearances.

We have made these Újpest FC v Debreceni VSC predictions for this match preview with the best intentions, but no profits are guaranteed. Please always gamble responsibly, only with money that you can afford to lose. Good luck if you do place a bet today.